The film Apocalypse Now was released in 1979 starring Marlo Brando as a renegade CIA officer in the Special Activities Division.  If one had to ask what that division represented, you did not need to know. Brando starred as U.S. Army Special Forces Colonel Walter E. Kurtz who had gone rogue at an outpost in Cambodia pursuing his own guerilla war, mounting the heads of his adversaries on posts around his army of indigenous tribal forces. The plot line of the movie is the ultimate assassination of Colonel Kurtz in his remote base in Cambodia.

The film was directed by Francis Ford Coppola who had directed Brando in The Godfather which celebrated its fiftieth anniversary this year.  Therefore, Coppola should have known Brando well, but the filming of Apocalypse Now took over one year and dramatically exceeded budget as Brando gained significant weight and seldom knew his lines.  The weight gain was photographically managed by clever shooting as illustrated in this image of Brando. 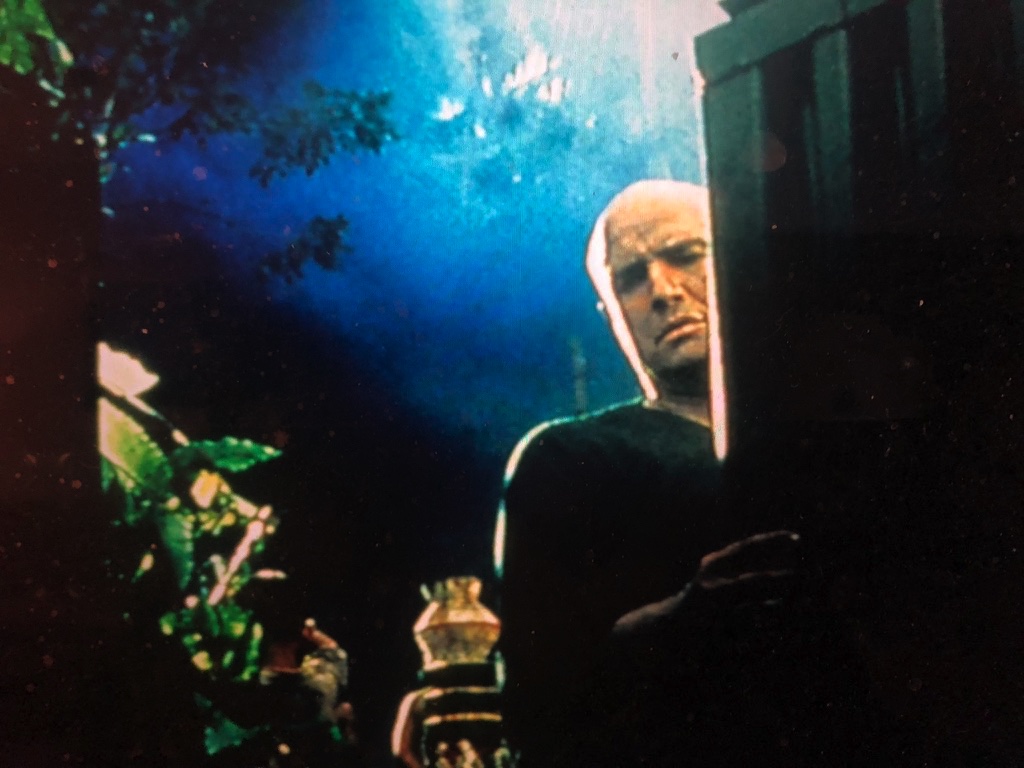 The rumored model for Colonel Kurtz was Anthony Alexander Poshepny who was known by his “nom de guerre,” Tony Poe.  As a teenager, Poe fought in WWII as a U.S. Marine at Iwo Jima receiving the Purple Heart twice. Following the war, he returned to the states to earn his degree and join the CIA. His specialty was to train Asian refugees to return home as commandos in special mission teams to overthrow their communist governments. The CIA clearly recognized Poe’s ability to train and motivate paramilitary forces for which he was awarded the Intelligence Star in 1959.

In 1961, Poe was chosen to train ethnic Hmong hill tribes in Laos to fight the North Vietnamese and Pathet Lao who were poised to make great strides in conquering Laos.  The Geneva Convention prohibited foreign forces as Laos was deemed to be neutral. Accordingly, the U.S. needed to develop an independent fighting force and Poe was initially assigned to Colonel Vang Pao to do just that.  Vang Pao, the leader of Hmong forces is shown to the right of Poe who is wearing the safari bush jacket. 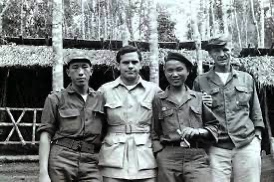 Poe had the reputation of taking human trophies such as ears or heads to document the kill rate of his communist enemies and intimidate them. Though he was meant to be an instructor, he readily joined in the fighting. I was involved in the fuel supplies to the various locations in Laos in the late sixties. Although I never met him, I was keenly aware of the legend.  It became clear to the CIA that Poe had gone rogue and moved him to Bangkok. Poe realized that the war was over before the U.S. Government and retired in 1974.    I took some home leave around the same time to buy a piece of land in Texas as it was clear to those of us on the ground that the war would soon be over.  The involvement of the U.S. in French Indochina was ending, and the followers of the late Ho Chi Minh would prevail like many of us believed all along. Unfortunately, our government was in denial up to the final hours.

Vang Pao was a natural leader who could be inspirational as well as ruthless. Despite extraordinary losses of his Hmong people, he held on to the final days following the fall of South Vietnam and Cambodia which enabled the northerners to focus on the Hmong in Laos exclusively.  Poe had become disillusioned with Vang Pao and chose to return to direct combat in 1964 and ultimately took a North Vietnamese round through his stomach. Once he recovered, he relocated to Nam Yu, Laos where he sent intelligence teams into China for the next five years. That period would have correlated to Brando’s Cambodian fiction era in Apocalypse Now . 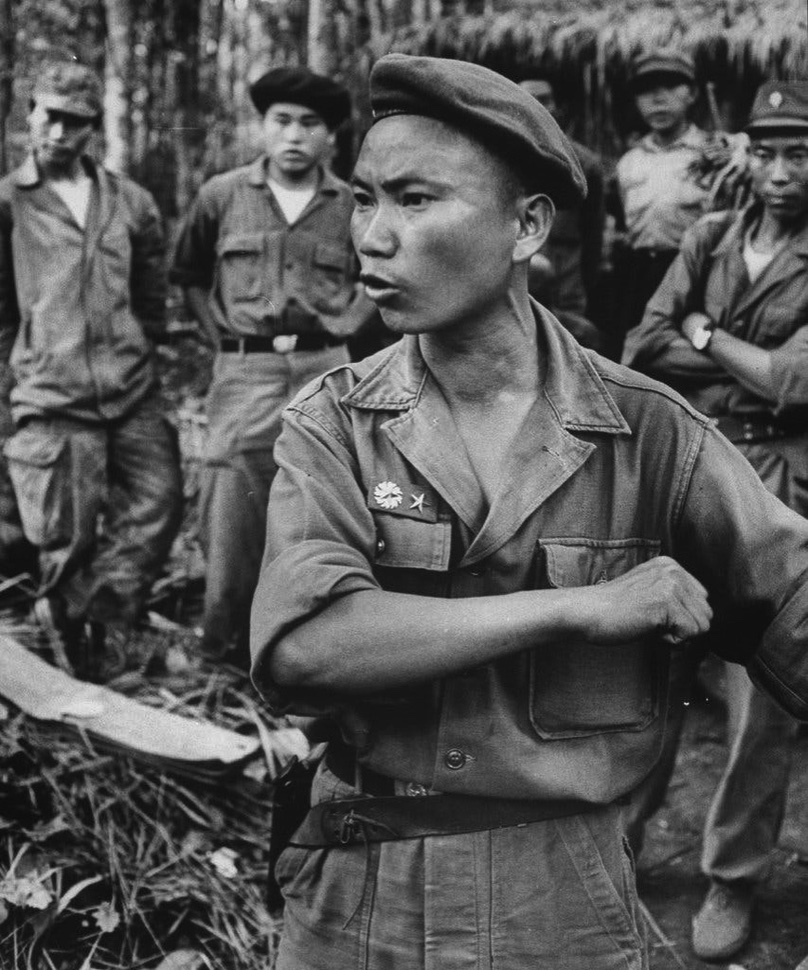 The Long Tieng Hmong secret base shown here was eventually overrun by the Vietnamese forces with great casualties to the Hmong people representing both civilians and mercenaries. The U.S. believed there was a veneer of deniability, albeit flimsy, that there were U.S. military personnel involved. Logistical issues were the key hurdles to provide operational support. Air America and former U.S. Air Force personnel played a major role in moving supplies, weapons and the occasional load of opium that funded the Hmong effort. The solid U.S. company Esso provided and staffed the fueling locations under a contract with The Defense Fuel Supply Company which is where I fitted into the puzzle. 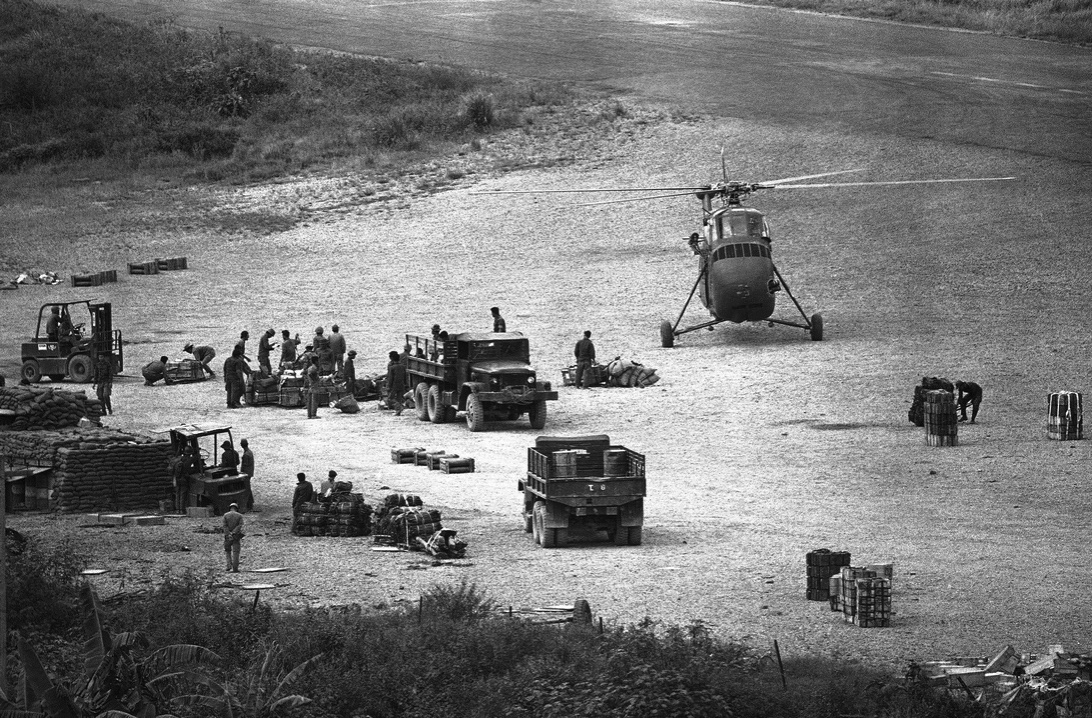 Well, was Colonel Kurtz inspired by Tony Poe—no question! Strangely, there were facial similarities between Poe shown below and Brando.  In fact, they were the same age though this image of Poe was taken some years after that taken of Brando, shown before. The placement of Brando in Cambodia was just a cover to preclude an automatic connection to Poe who was clearly on Lao turf. References to enemy ears and heads would not have reflected well on the U.S. battle procedures. 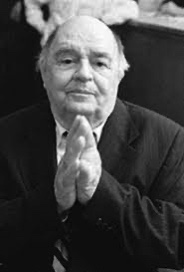 Tony Poe was once interviewed by William M. Leary, Coulter Professor of History-University of Georgia, which is reflected on the Air America website.  Those of us on our own in Laos were close to Air America as we believed they would come pick us up if we had a problem. Those pilots, in turn, believed that Poe would leave no stone unturned until he found them should they be shot down.  Being all alone in enemy territory does not underpin comfort in bad situations so grab some measure of hope wherever you can find it.

Poe married a Hmong lady, raised a family, and ultimately joined the Hmong community in California. Leary commented that Poe had died peacefully on June 27, 2003, which was difficult to understand for a man who had been shot in multiple wars and had consumed enough alcohol to fill a large swimming pool. He died of diabetes and liver cancer and was followed a few months later by Marlon Brando who died of the same causes.

A Hmong lady by the name of Mai Der Vang contributed an article to The New York Times entitled Heirs of the ‘Secret War’ in Laos in which she described the plight of the Hmong people left behind.  Over the years, some 260,000 of them struggled to exit Laos and find their way to the U.S. for which they had worked as mercenaries. Friends of mine assisted in their relocation efforts which reflected poorly on the U.S. for ignoring all promises made to most of them and leaving them behind. Clearly, it was not our finest hour. At the end of the day, American warplanes had dropped enough ordinance on Laos to equal a planeload of bombs every eight minutes, 24 hours a day, for nine years.  Mai Der Vang is an accomplished poet describing the plight of her people to understand the past and how all of that fits into their future. 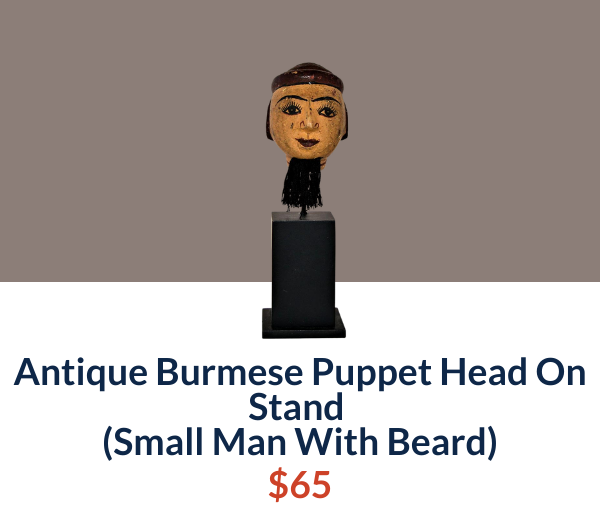 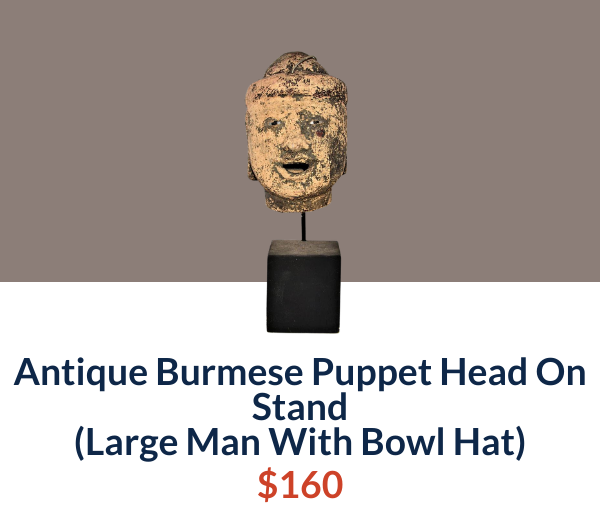 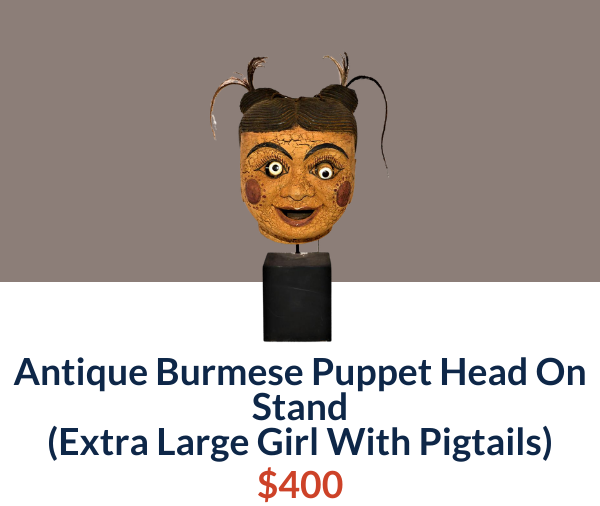