Some sixty years ago, the Royal Forest Department of Thailand designated the “white elephant” as the national animal of Thailand and it is often the symbol of the country. Historically, if lighter shade elephants were captured in the wild, they would then be screened as to whether they qualified as “white” which would dramatically transform their lives. Any “white elephant” would find its way into the possession of the Thai royal family. The next step could result in them being gifted to a dignitary who had somehow offended the King of Thailand. As elephants consume massive quantities of food, their maintenance is costly. Further, any gift from the King had to be well-maintained which would often cripple the financial position of the recipient who had to keep his “royal gift.”  The western world has referred to gifted unusable objects which one was obliged to keep as “white elephants.” Some years later, Thailand memorialized their elephants with the creation of Thai Chang Day or National Elephant Day which was celebrated a few weeks ago. Strangely, the highest award in Thailand is “The Order of the White Elephant”—better a medal than an elephant to feed.

Reuters and The Bangkok Post both published images of major elephant feasts in two different locations in Thailand on Thai Chang Day.  The first two images shown occurred in the Nong Nooch Tropical Garden in Chonburi Province near the beach resort area of Pattaya which was a famous R&R destination during the Vietnam War.  It is still not something I would recognize as a natural wildlife habitat though many wild things have gone on there since the 1960’s.  Nonetheless, the sixty elephants located there need to eat and have suffered with few tourists supporting them during the pandemic. You will note that the mahout has a white string “Bai Sai” around his wrists that connects to the elephant. It is a spiritual Buddhist tradition to build a bond between the mahout and his elephant. If you were moving along at a fast pace on top of an elephant, you would want the best bond possible to keep your legs glued to the elephant’s neck. 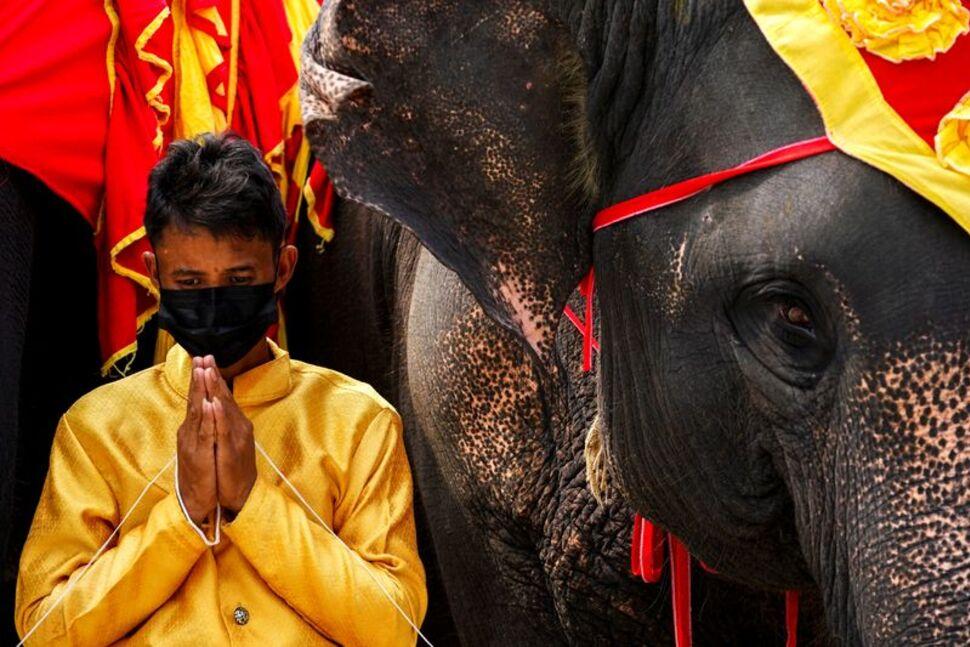 Another image from the Tropical Garden reflects a colorful and dramatic setting for the elephant buffet though I doubt the elephants are paying much attention to the setting.  However, the show generated press coverage and you might not be surprised that I read it in The Bangkok Post which is in my daily morning mail basket. 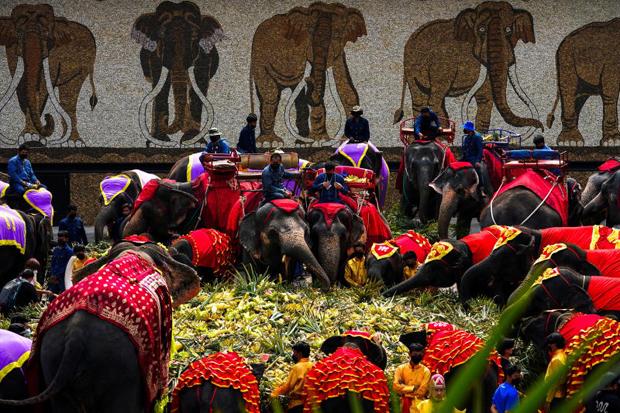 The more significant major celebration for the elephants was in Surin Province over on the Cambodian border which is clearly command central for Thai elephants. It is also where The Elephant Story supports the village of Ban Ta Klang with our efforts focused on the education of the mahout children of elephant owners and providing veterinarian care to some 300 elephants. As the image of fruit illustrates, the setting is loaded with elephant favorites but a good deal more informal than the dining areas shown previously. You might be surprised that the traditional elephant favorites of bananas, sugar cane and watermelon are supplemented by cucumbers which has become a special treat as well. Moreover, elephants can be very discerning about which of these fruits and vegetables are their favorites. 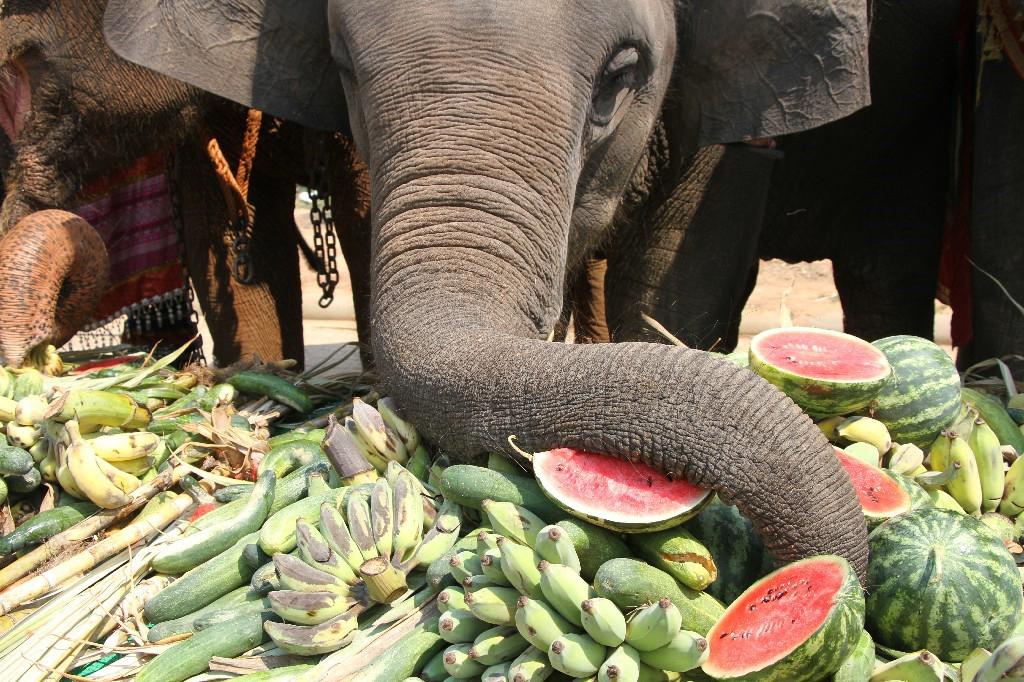 The Kui people in this village have done little else since the beginning of time but be elephant people. Long ago, they captured them in the wild and would train them to work in the rice paddies or become combat animals as needed in war-torn regions.  Moreover, they were always on the lookout for pale-skinned elephants to then elevate their value as “white elephants.” Some wealthy Thai would reward the Kui people and then give the elephant to the King who would, in due course, punish someone who fell out of favor by gifting him a “white elephant.” Perhaps there is no such thing as a free buffet lunch in Thailand.

The iconic image of the last elder “elephant catcher in the wild” taken by the renowned elephant photographer, Carol Stevenson, is shown here. Over the course of some twenty years, we were blessed by him before climbing up on the back of a Thai elephant. Once, when asked what he liked best about the old days, he responded – “The elephants.” 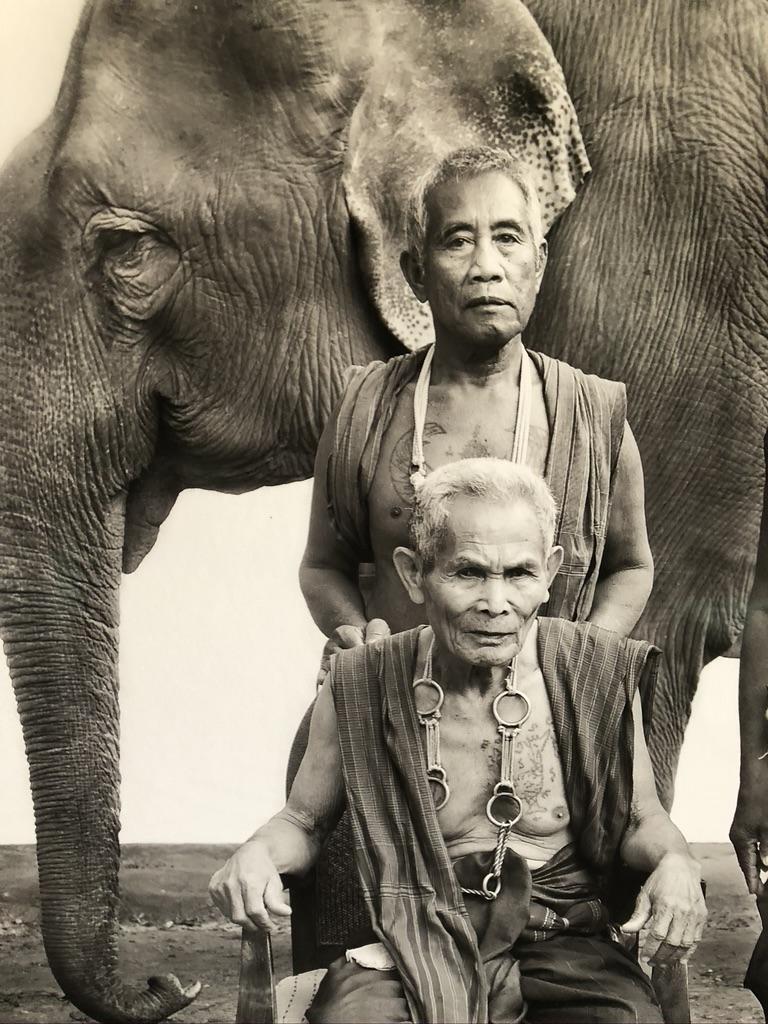 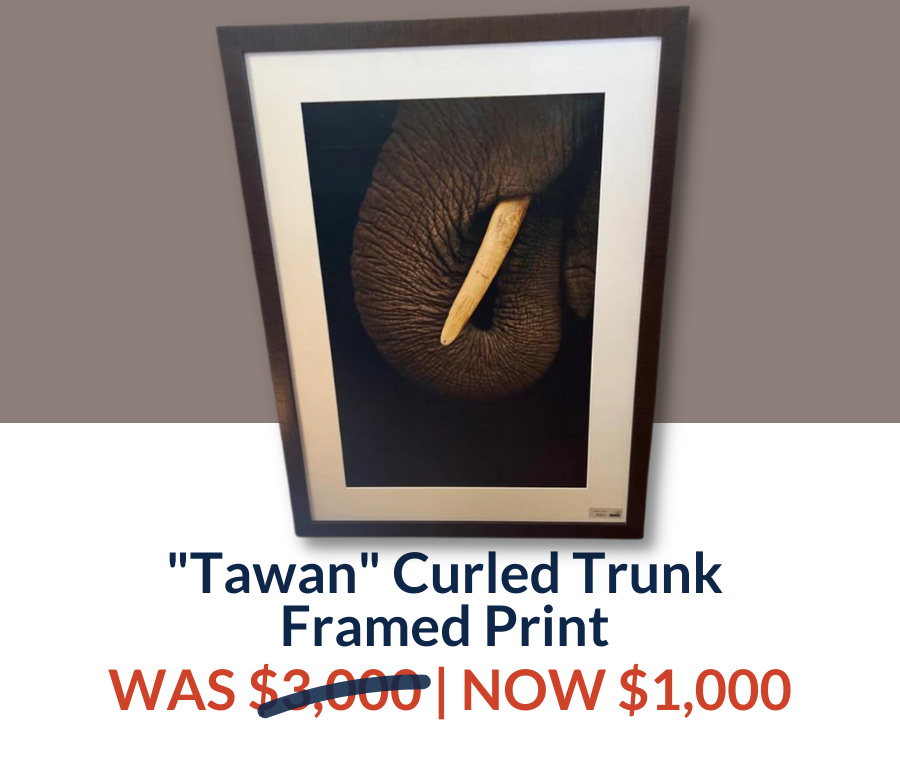 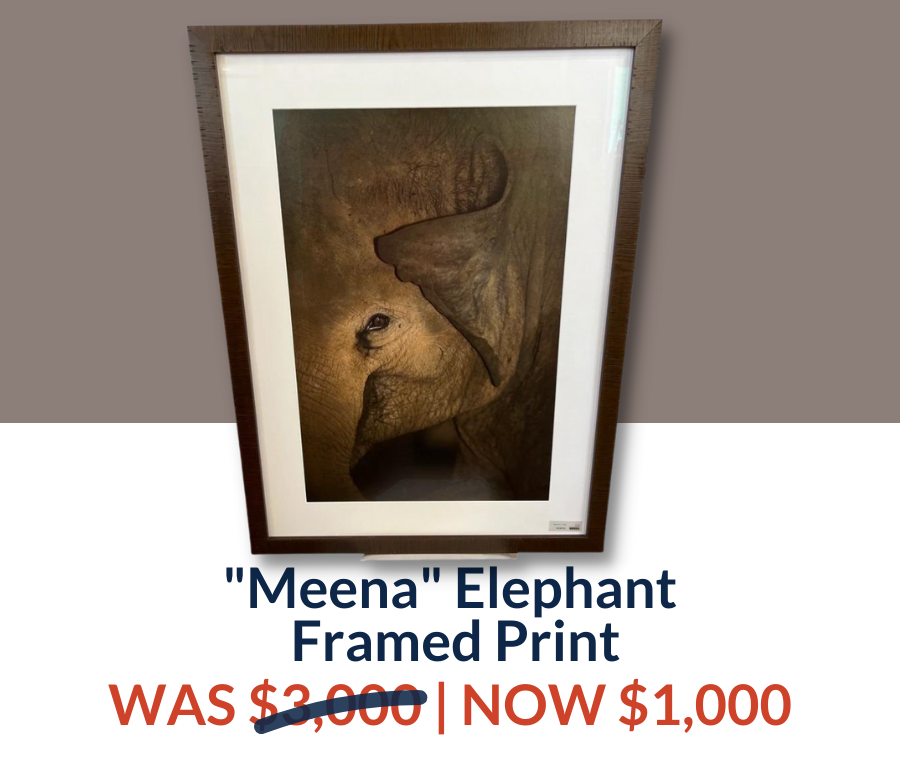 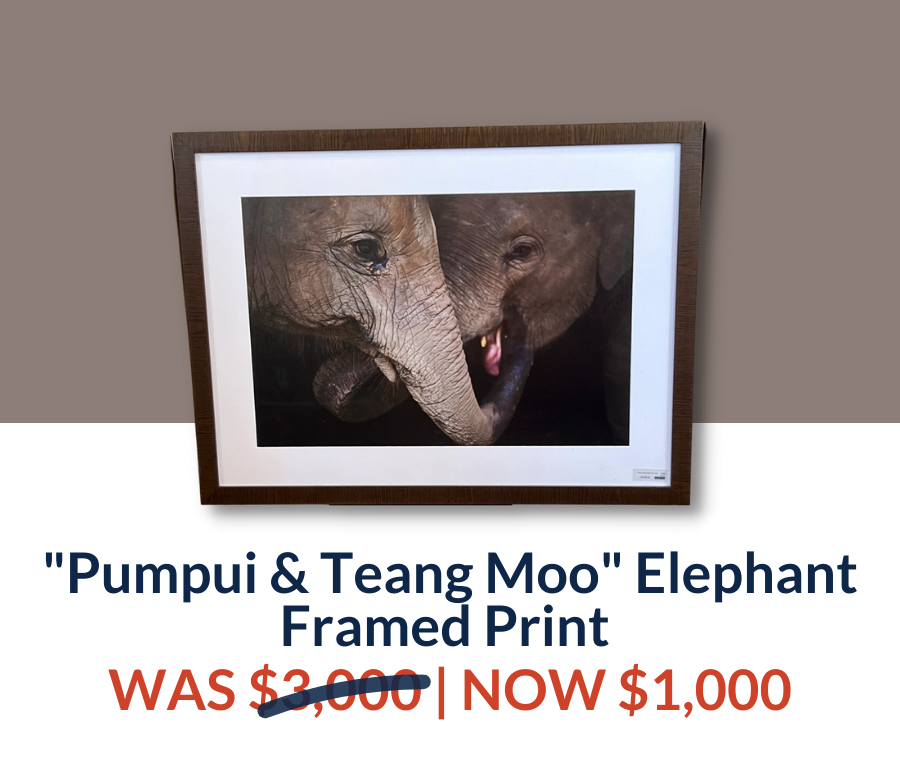