SEVERAL DAYS IN THE LIFE OF JOHN ROBERTS

Over fifteen years ago, in a distant part of the Golden Triangle where Thailand, Laos and Myanmar come together, we met a couple of guys who put Joey and me on a different path of passion. I had spent time in that part of the world during the “Troubles in Laos” and was amazed that there were wonderful accommodations and elephants. Years before, I took a wood-burning train up the river Kwai to grab an elephant ride into the jungle, but the elephants were “absent without leave” which was a serious offense in that era. The guys in the photo are Jason Friedman, who opened and managed The Four Seasons Tented Camp, and the “Elephant Whisperer,” John Roberts, who was instrumental in creating the Golden Triangle Asian Elephant Foundation (GTAEF) which formed the platform for the Anantara Golden Triangle resort. The Minor Group was the founder of the GTAEF and has supported its conservation efforts ever since.

Jason Friedman, on the left, and John Roberts on the right, in his signature blue mahout shirt, are shown below contemplating a stroll over to Myanmar in the Golden Triangle. 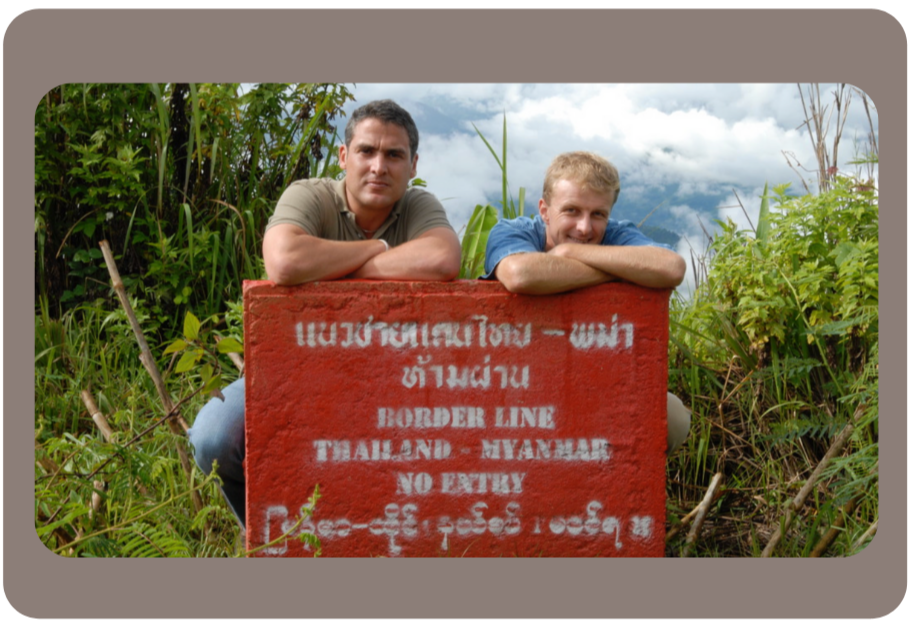 You will note below that over individual time slices of some nine years each, John is wearing a mahout shirt like that shown in the photos. The gentleman between John and me having a coffee is Khun Wee, a close friend over this period as well. Now, John does not spend all his time sipping elephant processed special coffee. However, if you would like to sample this rare coffee, just go to our website or come visit The Elephant Story at 725 High Street, Comfort, Texas for a private serving. 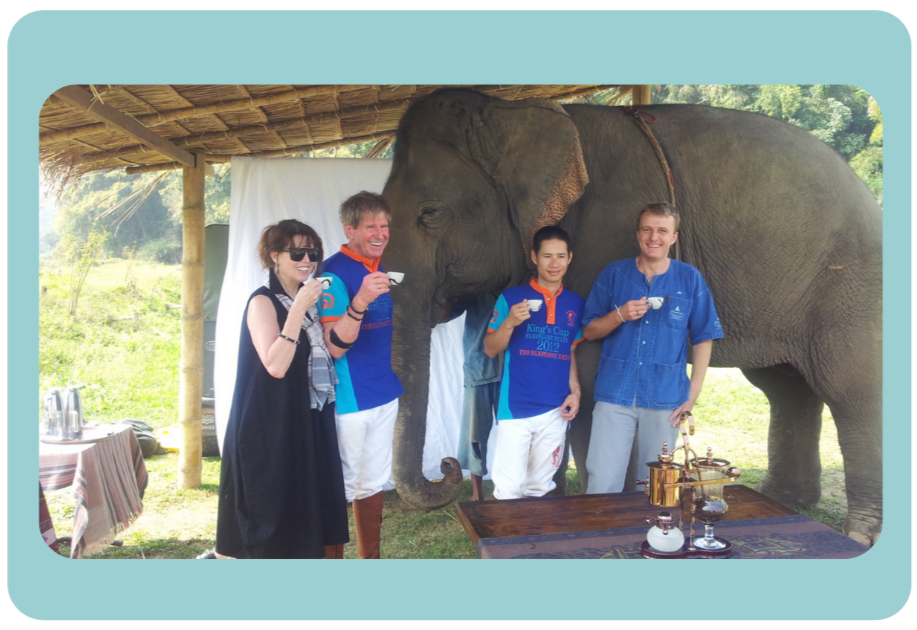 John is most attentive to his elephants which creates the environment causing both resort properties to be consistently ranked among the top of Travel & Leisure destination locations.

Recently, John posted the foggy image shown which emphasized what a wonderful way to walk into his day of work.

There is always plenty of activity as the elephants romp in the river while taking their daily bath. 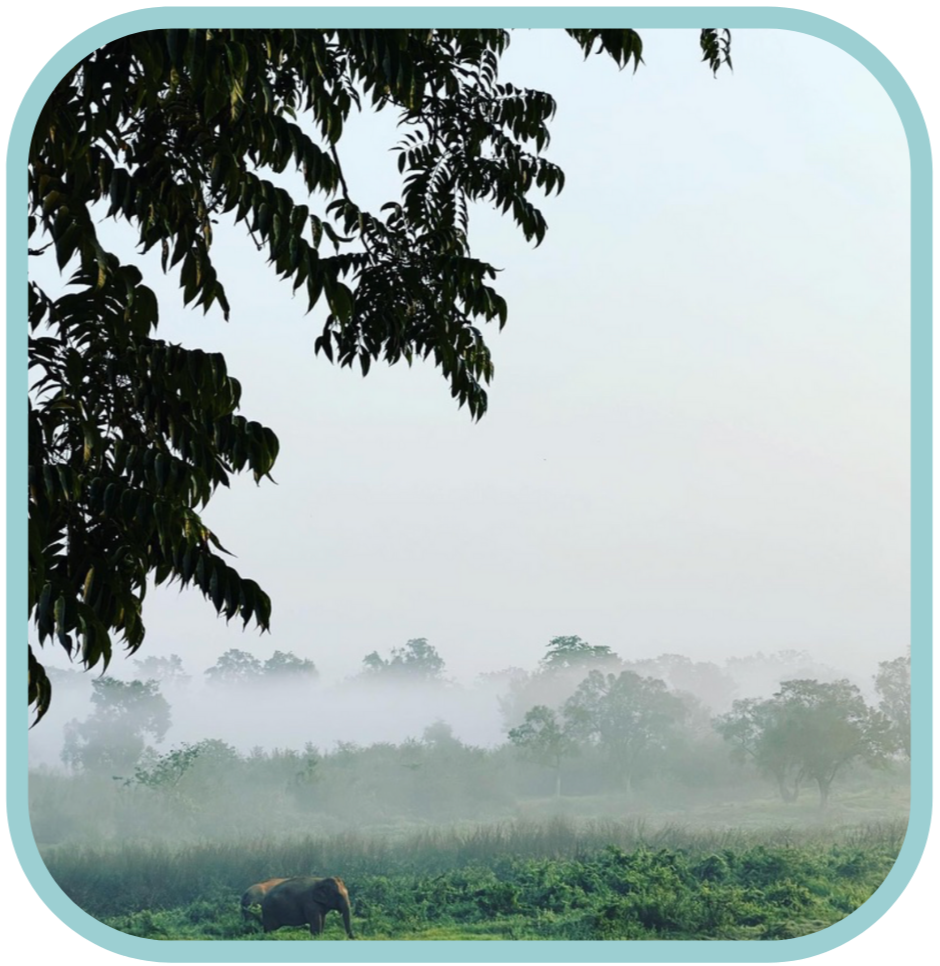 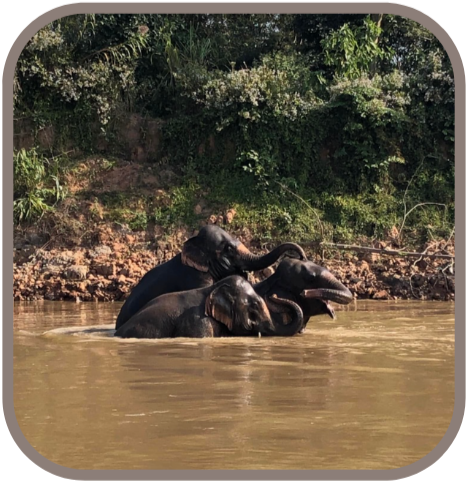 Thailand is not unlike other places where people use the waterways to dispose of their trash. Therefore, John and his merry men periodically attack the debris to maintain this wonderful environment. 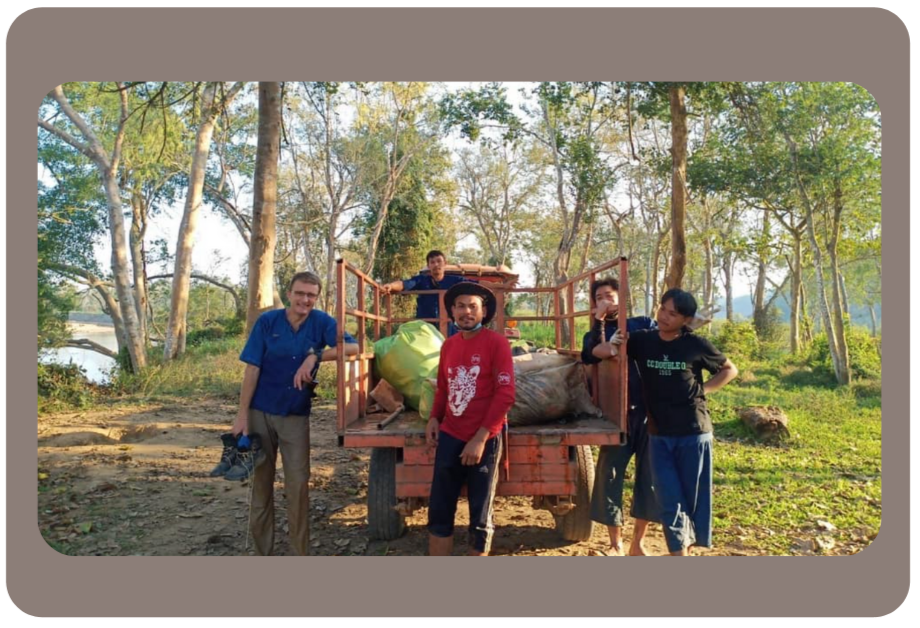 John and his son, Leo, always throw a good party like the one they had with their staff for the past New Year’s celebration. It is one of the few times I have seen John dressed as a civilian and not in his mahout shirt uniform. 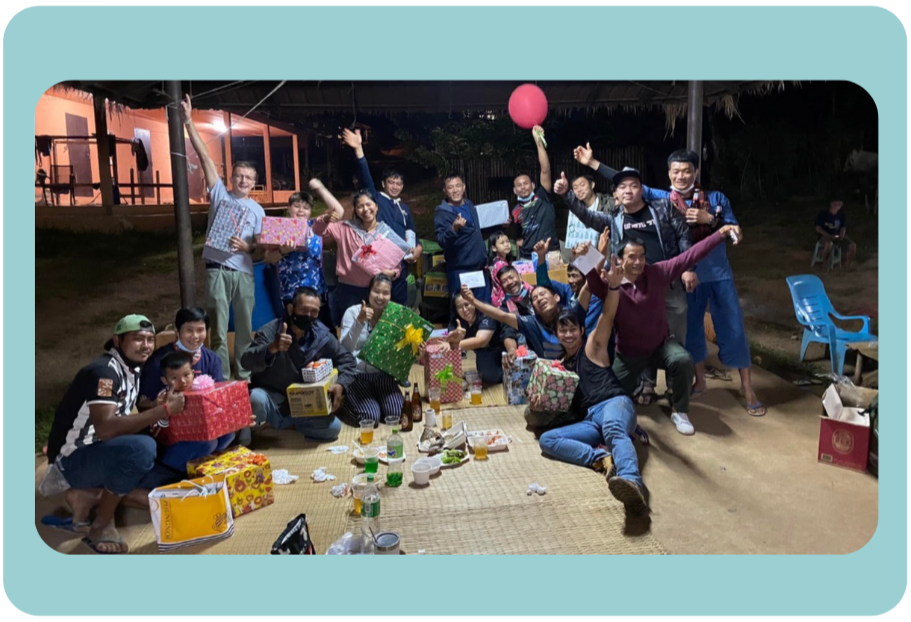 However, no matter how late you party, the elephants will always be there the following morning and sunup comes early. John, thank you for everything you do, not only in The Golden Triangle, but your other extensive conservation efforts elsewhere as part of The Minor Group. Jason, our thanks to you for making this introduction and submerging us into the world of elephant conservation. Looking forward to seeing you guys later this year. 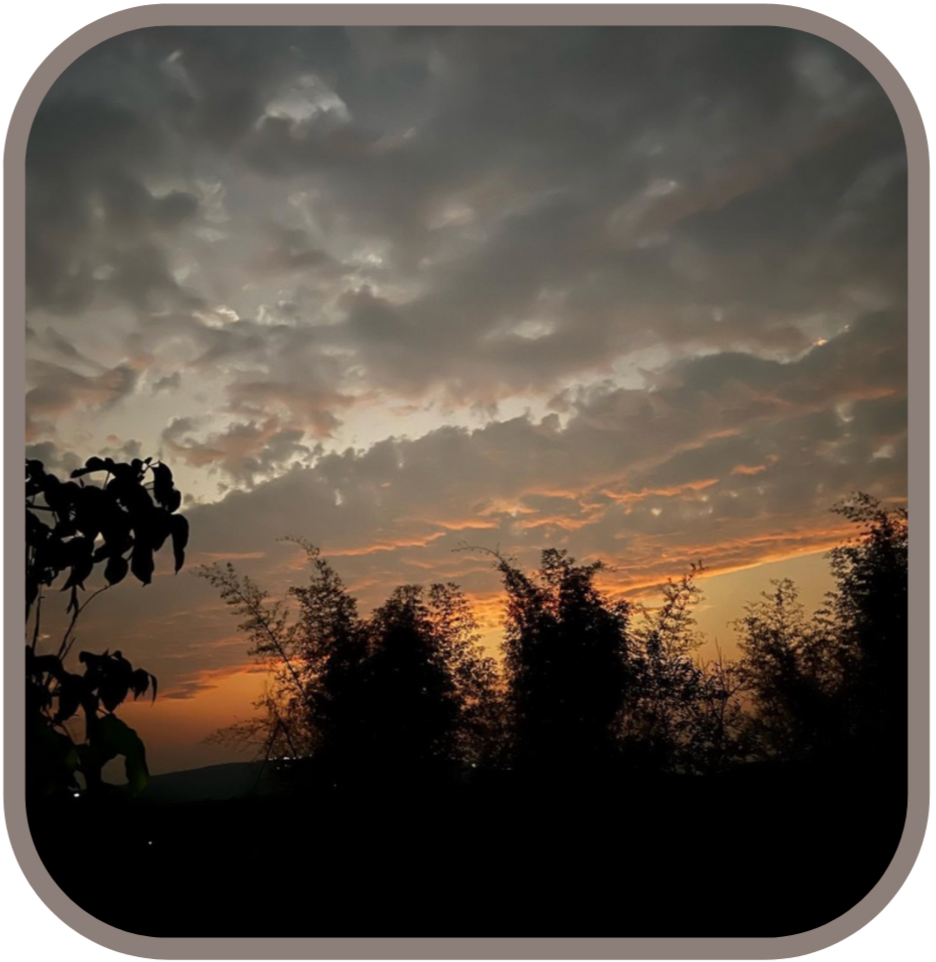 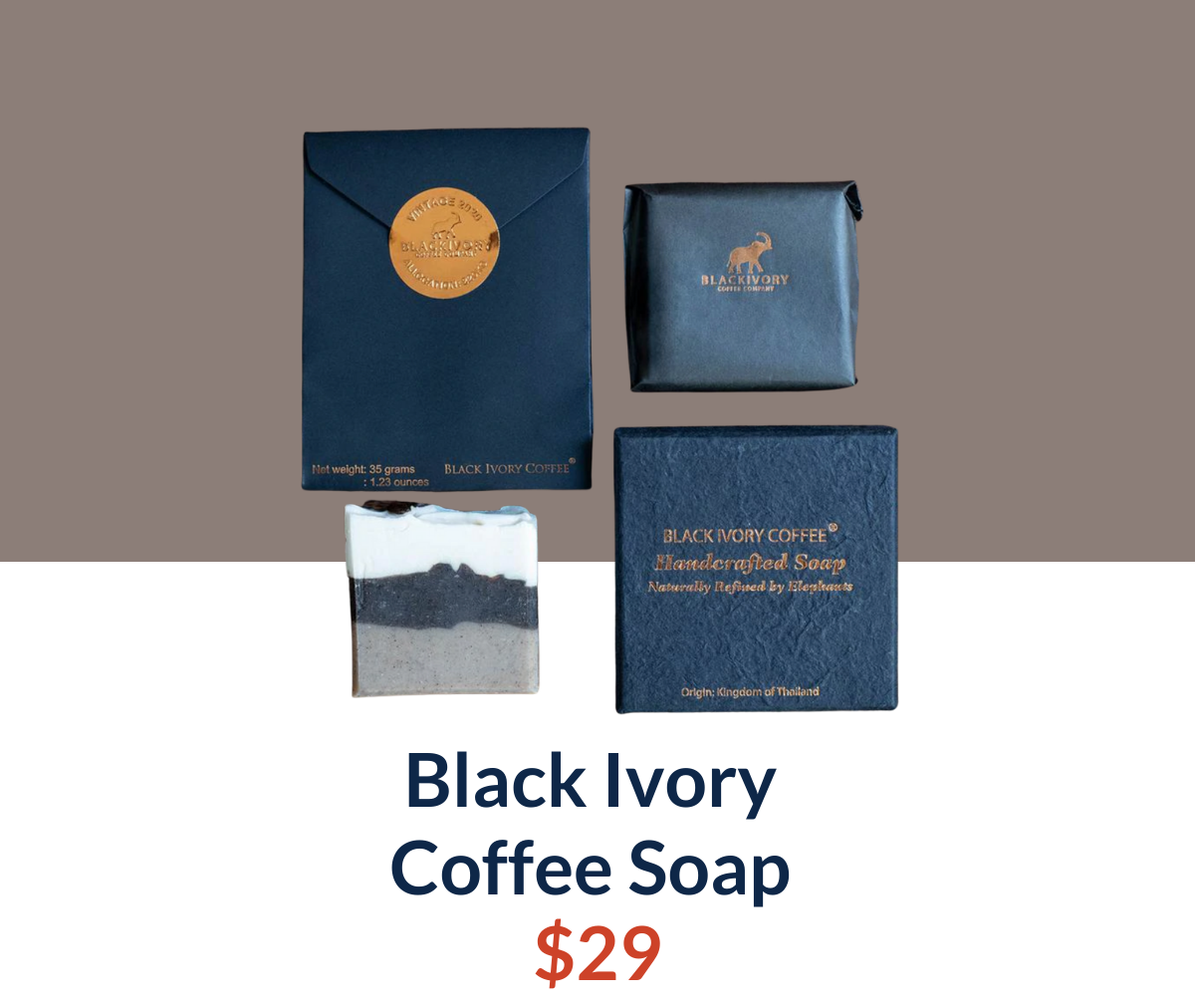 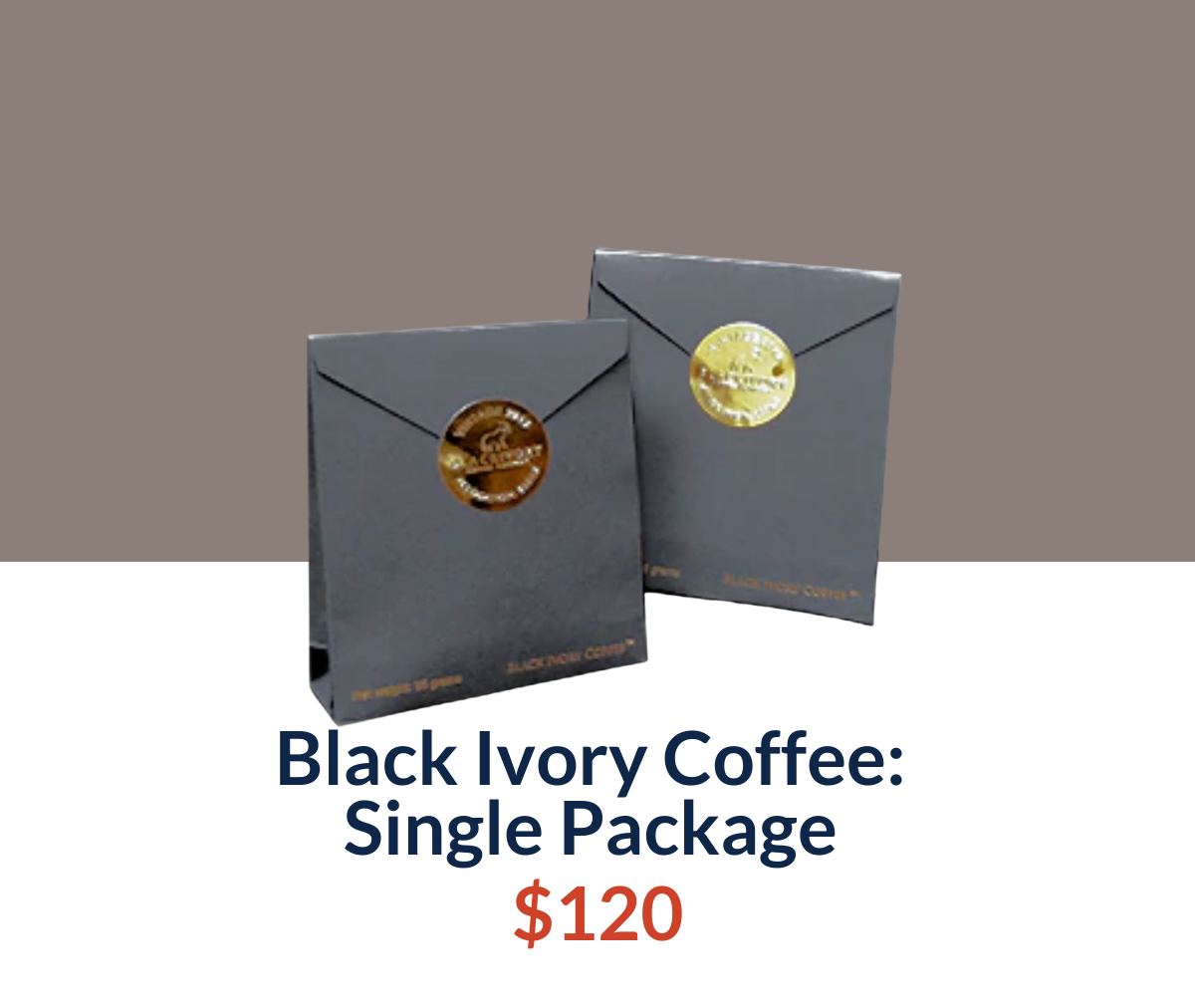 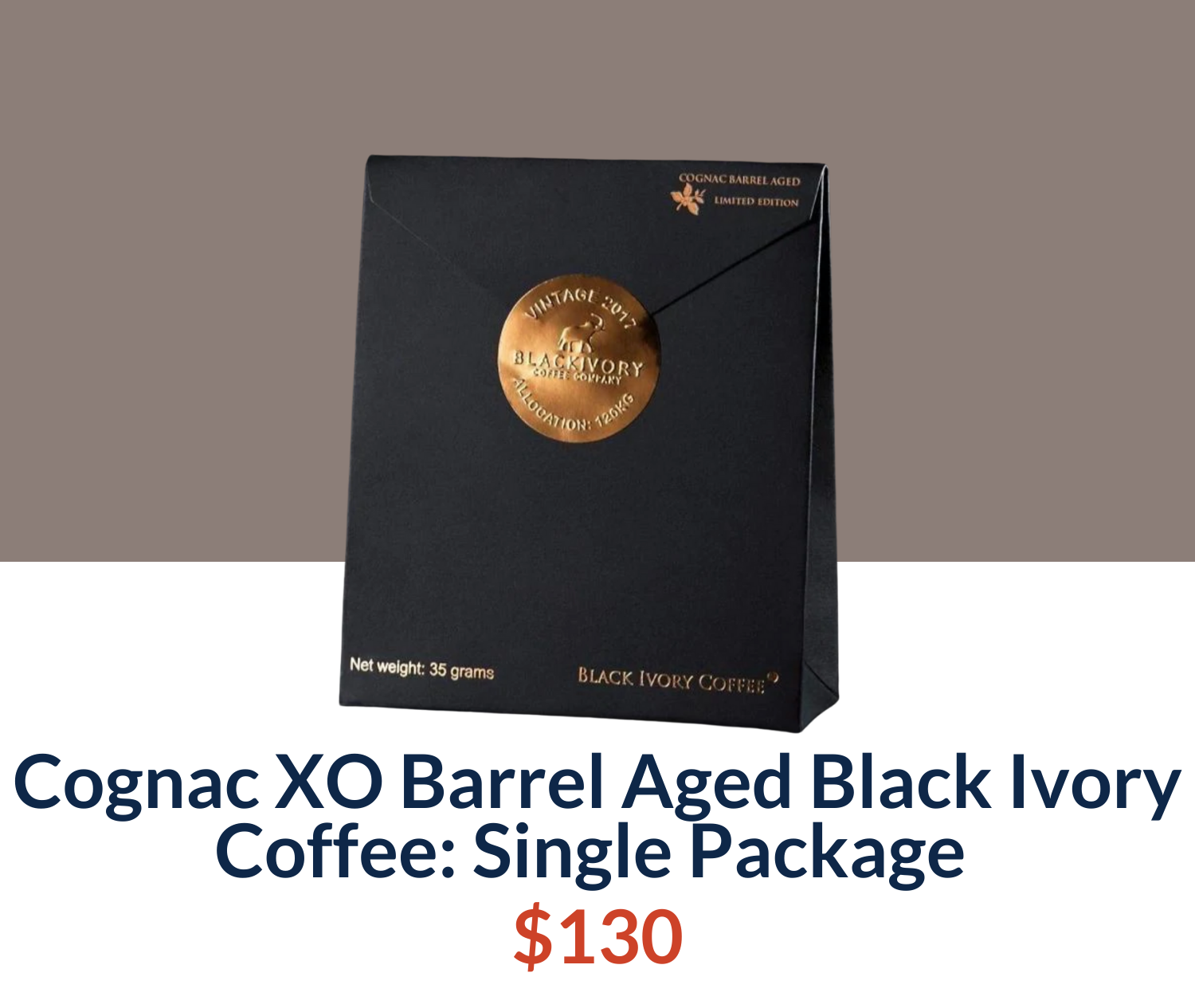