I recognize that statement means very little to many of you out there. Apart from the Covid lockdown around the world, we normally go to Bangkok for my birthday. However, one gets to the point that the numbers generate disbelief relative to one’s lifestyle in the past. We were all set to be there this year though the timing of the trip was deferred because of the need to be in Vietnam on a much later schedule than planned. Accordingly, we missed Loy Krathong (ลอยกระทง), as well as my birthday celebration in Thailand. Loi Krathong, also named Festival of Lights, is a famous floating lantern festival in Thailand. On the evening of Loy Krathong, Thai people gather to release floating vessels called Krathongs into rivers, lakes and canals to give thanks to the Goodness of Water and seek forgiveness from her. Given the amount of refuse that was tossed into the waterways of Thailand in years gone by, a lot of forgiveness was needed. However, the water pollution has dramatically improved over the years, though the ritual has remained to bring into contact a most essential component of our existence – water. Below is one Krathong surrounded by many others. 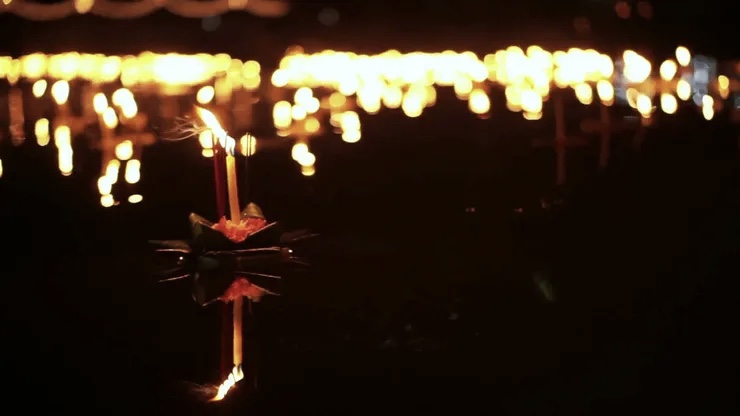 The celebration of Loy Krathong takes on special meaning in the smaller villages outside of the major metropolises. Our favorite such place is Ban Tak Klang where The Elephant Story supports education and elephant conservation. The education aspect is addressed by our two English teachers, Maricell Ballon and Rachel Mae Alberca, who have made a huge difference in this small village on the Thai/Cambodia border. The village has been devoted to elephant husbandry from almost the beginning of time.

One can always go to a Krathong shop and purchase a Krathong though it is far more spiritual to make your own, to light the candle in the center, and float it on the water. Bear in mind, you can purchase one in a shop such as this one for something on the order of $1.00. 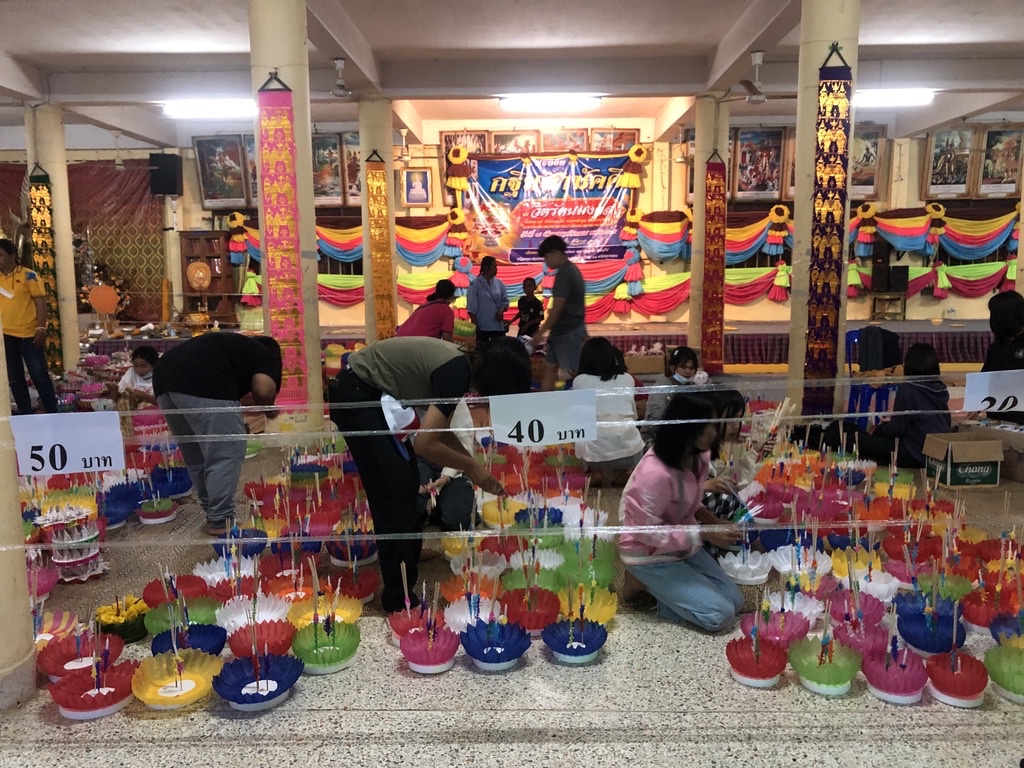 Nonetheless, Maricell, Rachel and the Thai teachers decided to have a Krathong-making contest among the students. The central base of a Krathong is a slice cut out of a banana stalk, wrapped in banana leaves, and topped off with a candle and a flower garland. Therefore, it is all bio-degradable which is a change from the old days when the floating base was Styrofoam. Somehow, people who are dependent on their environment treat it better than others. 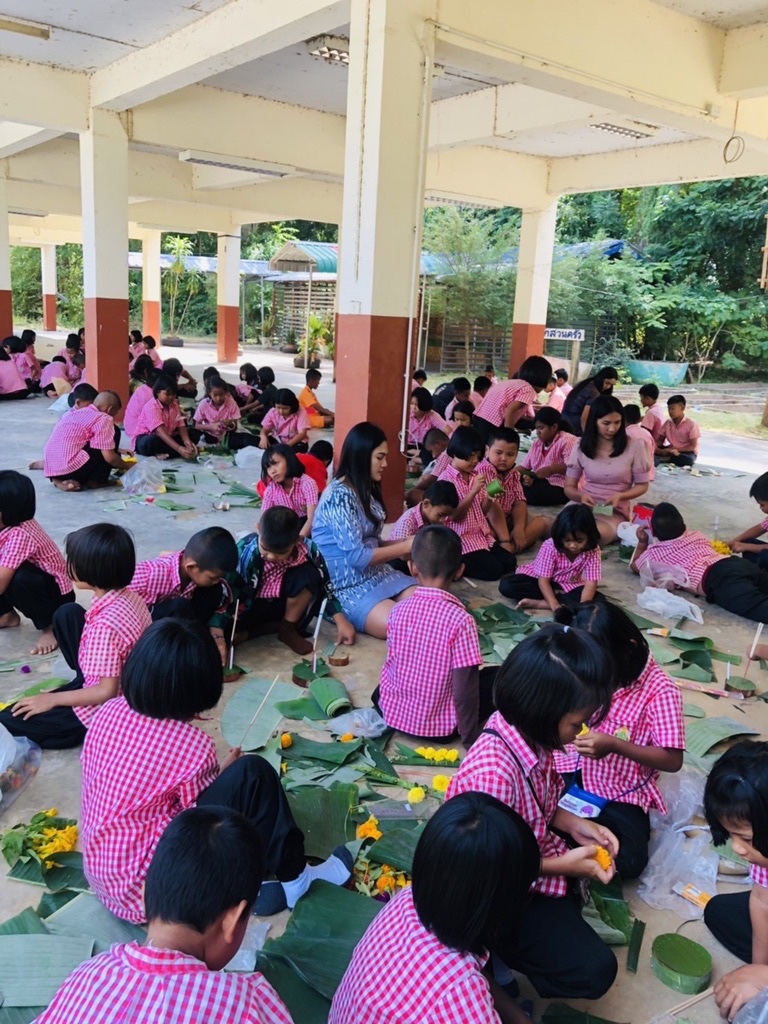 Here is the finished product in this image with the smiles to go with them which are symptomatic of Thai culture. In fact, there is a Thai Airline named Thai Smile.  Maricel, shown below, is pleased with the results. 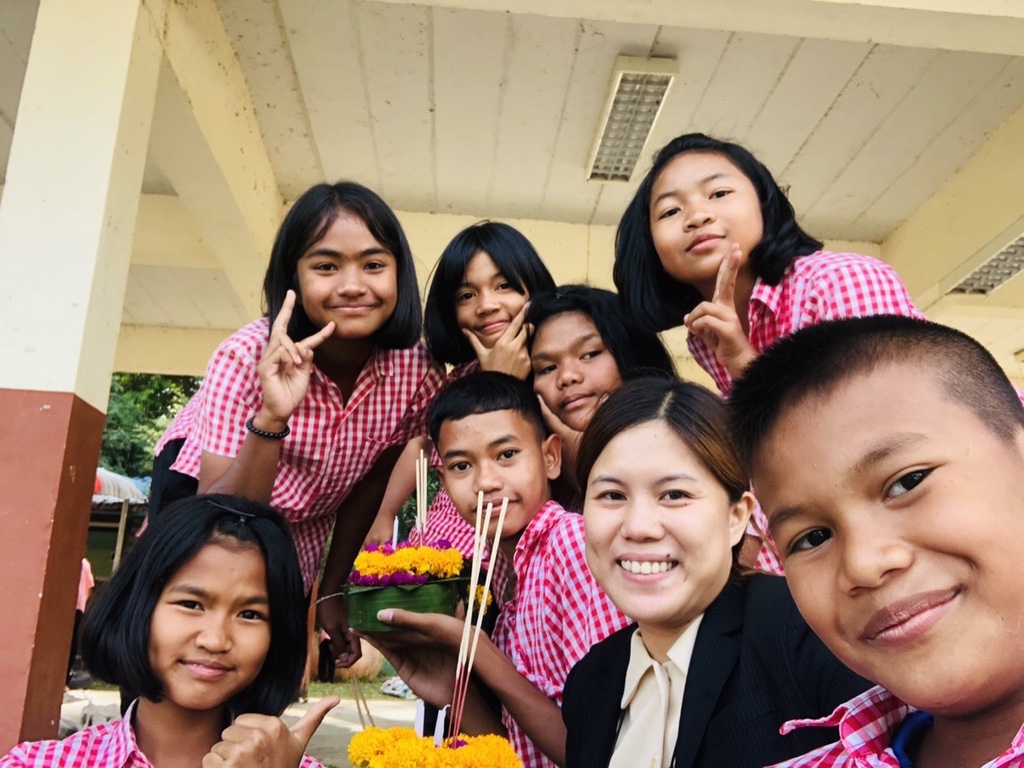 The older students also had a Krathong contest and, to my amazement, the older boys under Rachel Mae’s instructions in the lower right, were avid participants and winners in the competition. 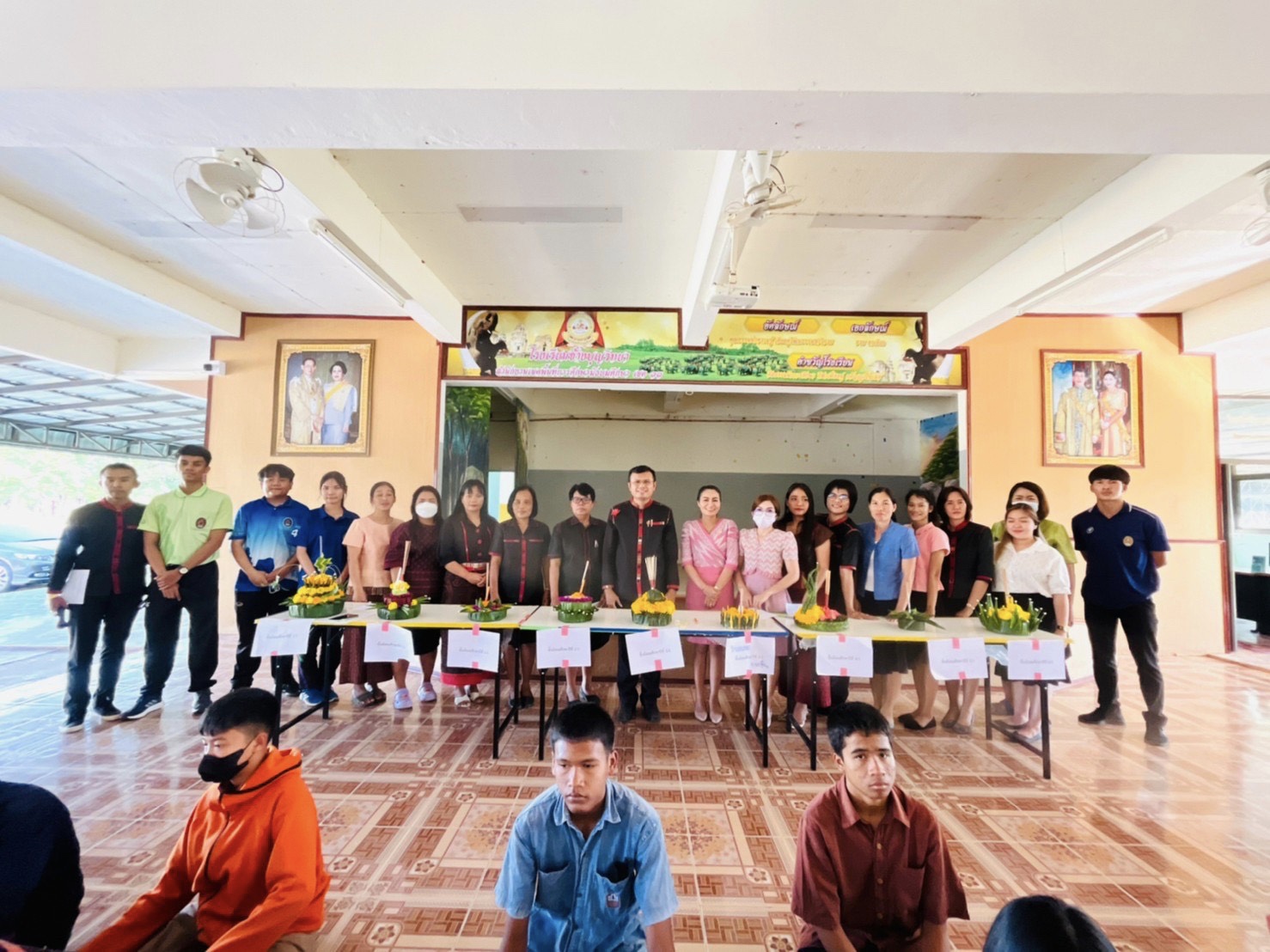 The finished products are shown here following their launch with blessings made by everyone.  It is a special holiday and a wonderful custom to recognize one’s environmental issues and our dependence on water for life. Hope to be there next year to join in the festivities. 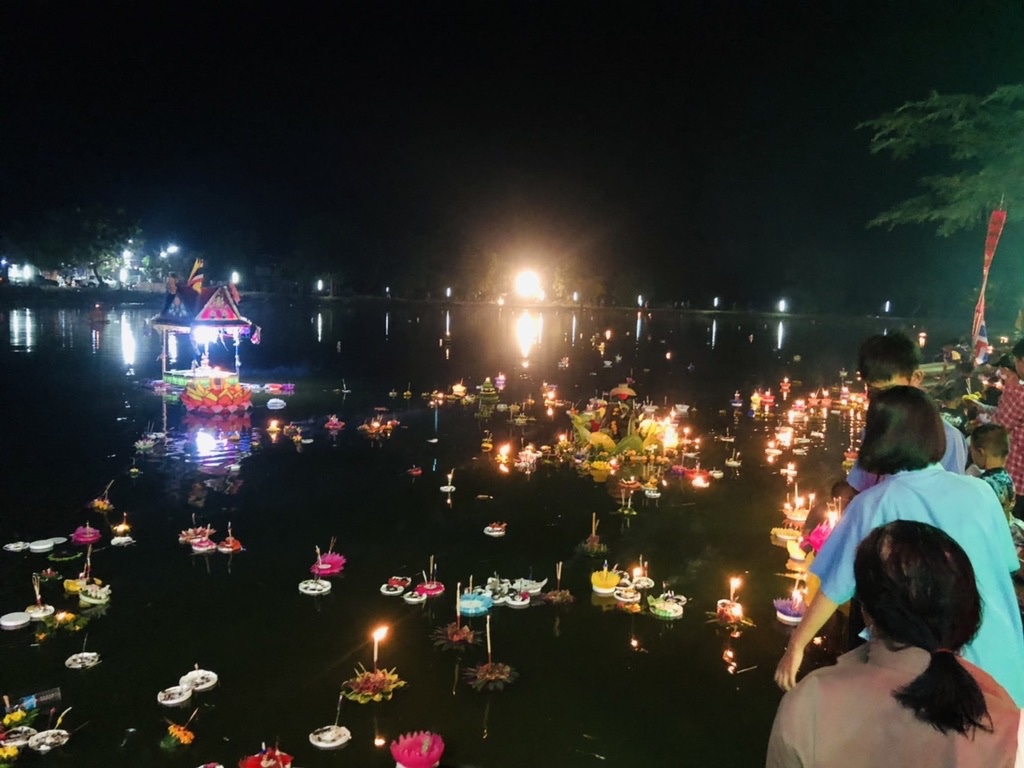 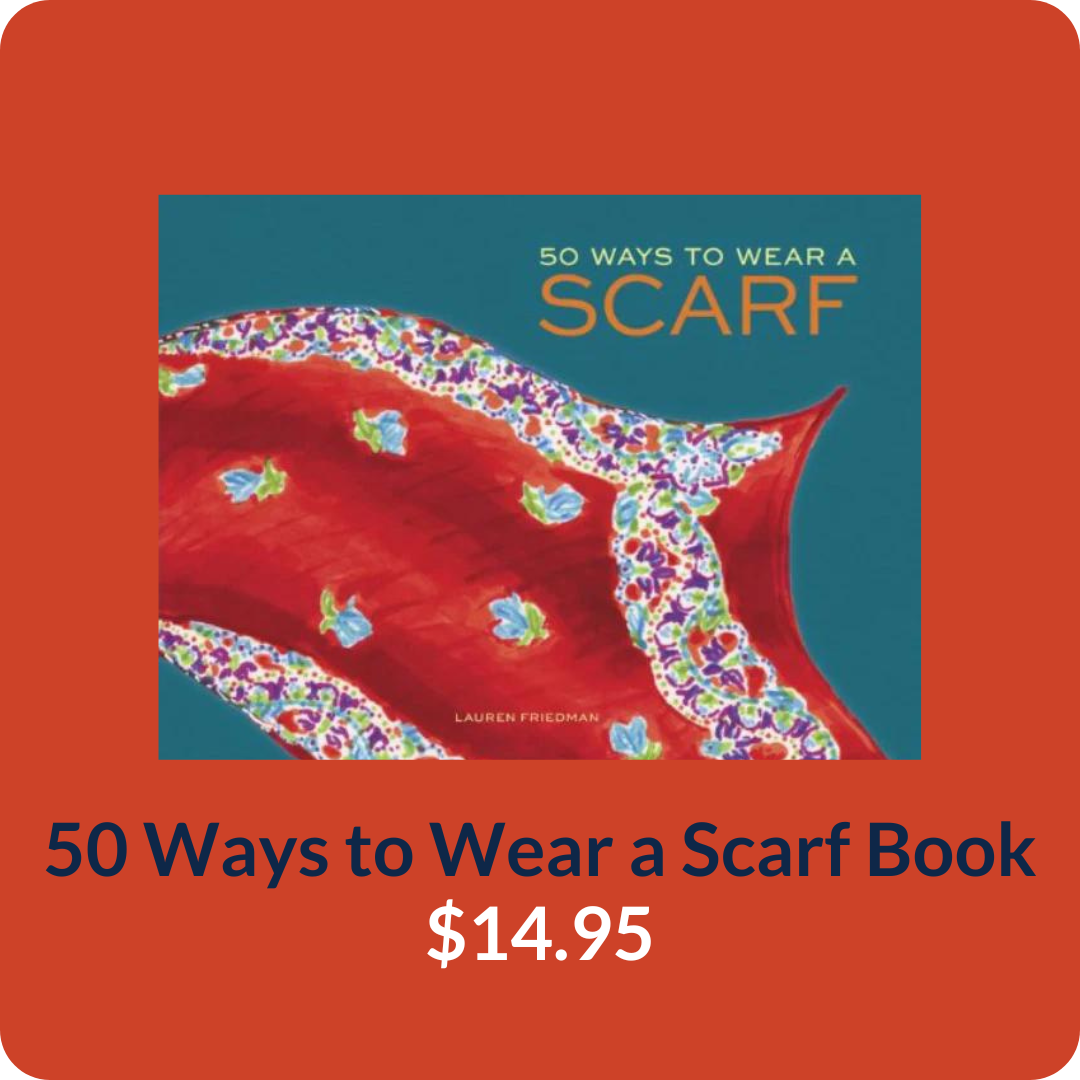