CALL TO ARMS! THE ACTION IN MYANMAR IS GETTING CLOSE TO MY PAST

In the late sixties, adventure in Southeast Asia was readily at hand. The border frontier with Burma, or what is now Myanmar, was one of my favorites. It was not the sort of thing one would consider a leisurely camping experience, but friends in the Thai Communist Suppression Organization and the Thai government added a new adventure when flying to northern Laos became a bit routine.  You will note that the accommodations were not always up to Aman standards.  Moreover, my dress code and long sideburns would not have made it past the doorman to even enter a two-star hotel. Nonetheless, some places are just meant to be conflict zones and the geography around Mae Sot, Thailand is one of those. It has been the site of drug and gun smuggling forever. The Myanmar side has now become a war zone between the Karen National Union forces and the despicable military junta of Myanmar which overthrew the elected government of the “lady saint” Aung San Suu Kyi. 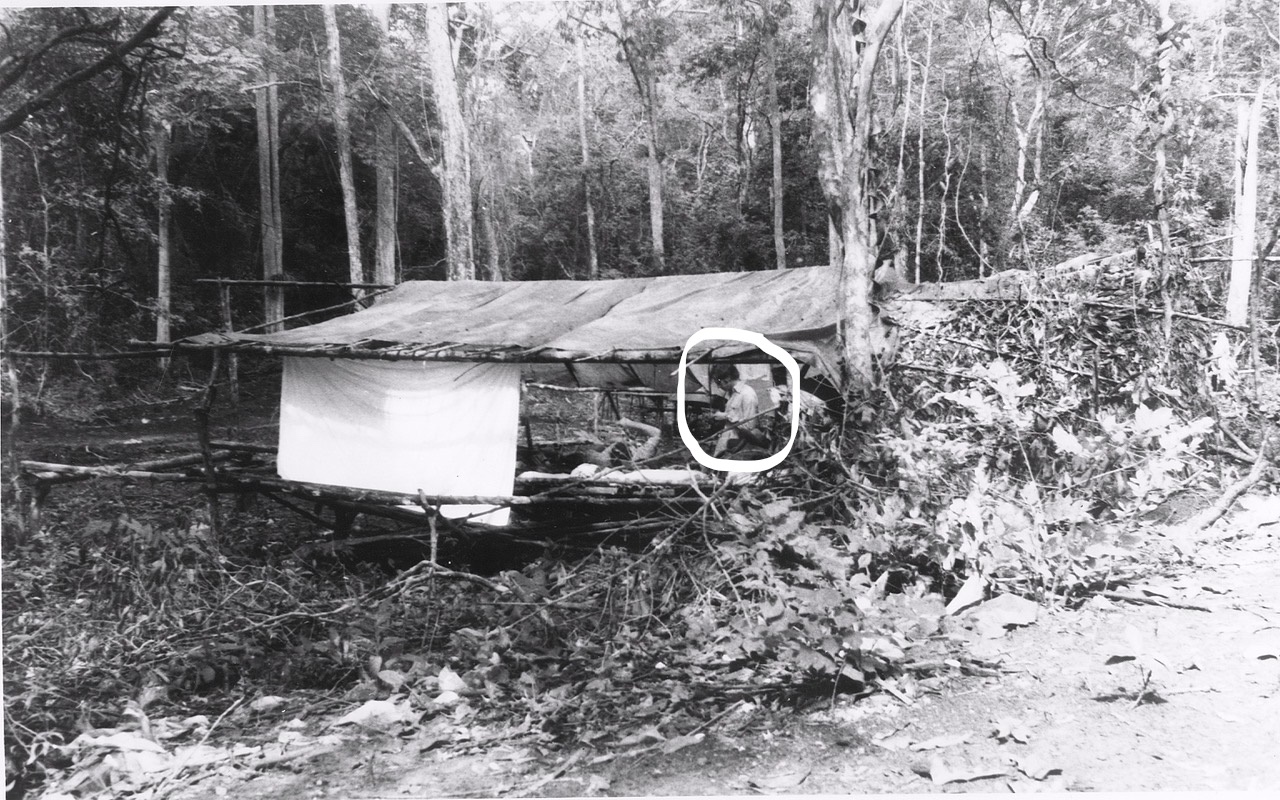 Recently, The Bangkok Post published an article entitled Myanmar Rebels Attack Town Near Thai Border. The ethnic army of The Karen National Union has been in a constant state of conflict as they try to carve out a piece of the planet for themselves. They have their own language, manner of dress and were always happy to provide us sanctuary on our various outings. We would bathe with them in the river and provide them with venison and whatever we had hunted for our own provisions. It took some time for me to get over shooting a large gibbon out of a tall teak tree for them. Nonetheless, I have always been on their side for Karen independence as well as supporting the legitimate government of Aung San Suu Kyi. She has dedicated her life to her people and what was once known as The Union of Burma, a name coined by her father given the twenty different ethnicities of what is now Myanmar.

The shadowy army of the military junta shown here has a “no holds barred” offensive against the People’s Defense Force of the country. Note that several of the soldiers wear bandoliers of shotgun shells as shotguns are a most effective weapon in the jungle. In the past, I was the shotgun guy who caught all the dirty work. The Communist Suppression Colonel was Mr. M-16 for the long range and the other Thai carried a Smith & Wesson 45 which was pretty much for show. 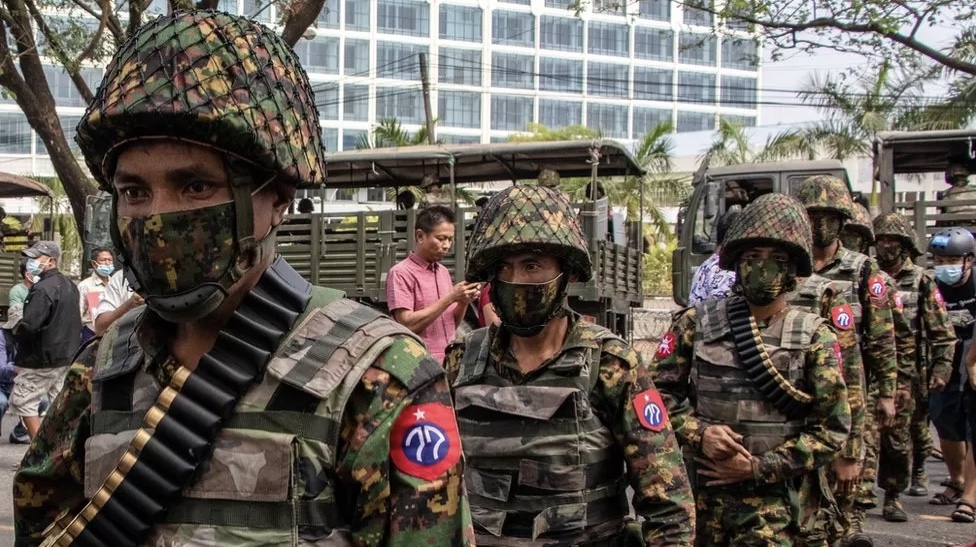 From the outset of the military coup, The Karen National Union (KNU) has been a vocal opponent of the disgusting junta and provided shelter to the dissidents seeking to remove the military. The KNU recently upped the ante to attack offices of the military junta across the border from Mae Sot, Thailand.  Furthermore, the volunteer Personal Defense Force (PDF) has operated alongside the KNU to bolster their forces.

As illustrated below, the KNU is getting serious as fighters are lined up for military haircuts in a Karen military outpost. The guy receiving the haircut is a 34-year-old former fitness trainer and member of the PDF who evidences his support of Aung San Suu Kyi with her image tattooed on his back. 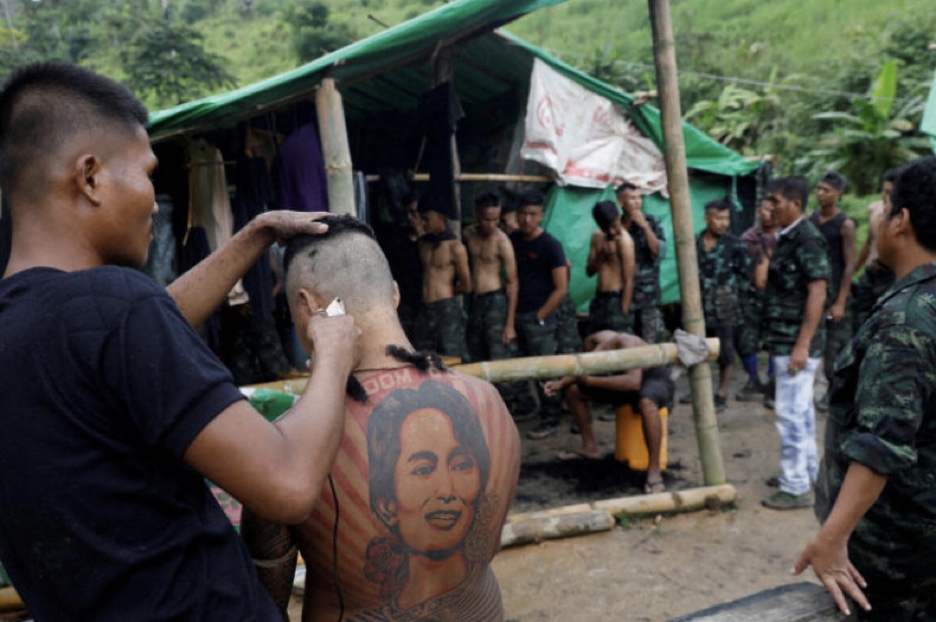 The junta forces avoid ground conflicts as the motivation of their conscripted soldiers is not as strong as that of their opposition. Therefore, they send in aircover to strafe the attacks which ultimately endangers the local civilian population. The haven for the villagers is to flee across the porous border into Mae Sot, Thailand. 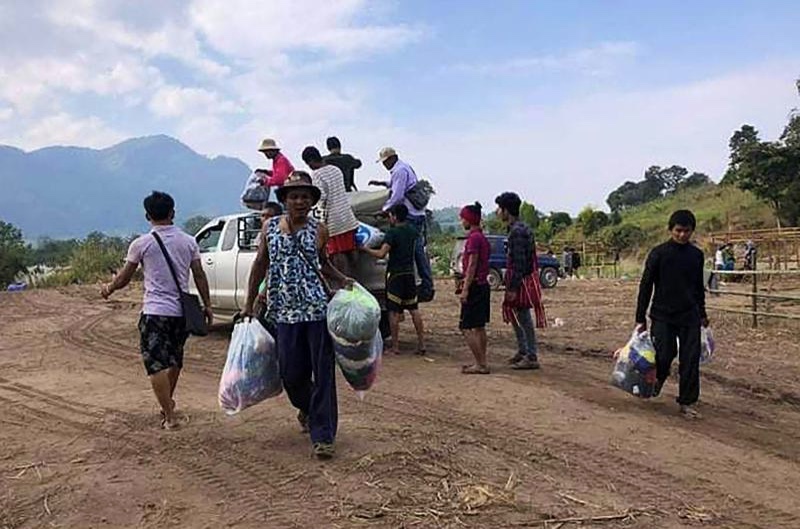 Usually the junta jets, shown here, overfly into Thailand which certainly does not endear the Thai government to the Burmese military.  On the other hand, the unseemly military coup which overthrew the freely elected government of Myanmar caused an uproar in the international community. Accordingly, the international oil companies operating there were forced to leave which enabled the Thai State Oil company to roll those gas producing fields into their existing position. Therefore, Thailand will be able to keep the lights and refrigeration on a bit longer which is a bonus for those of us who spend a lot of time in that haven.  In the final analysis, not much has changed over all those years. 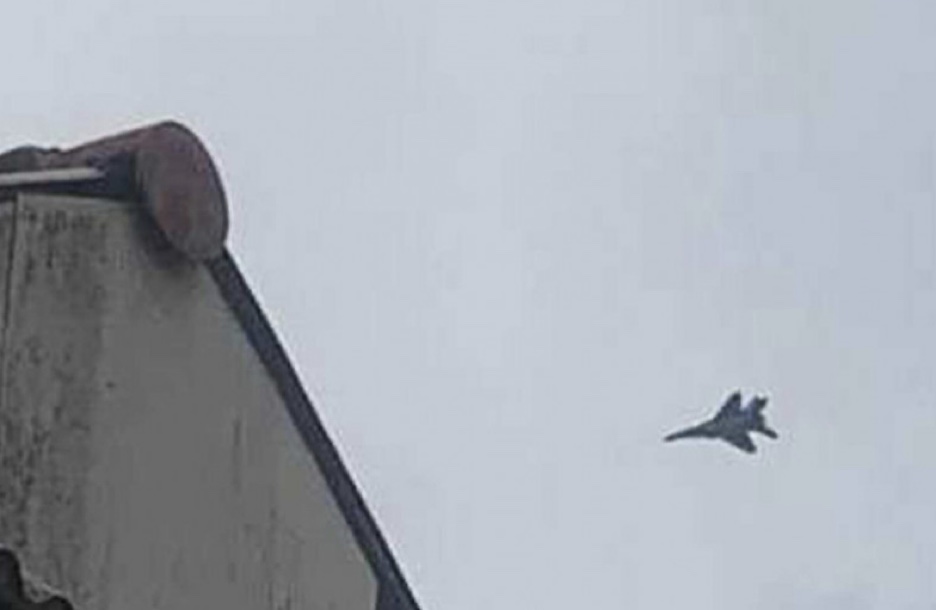 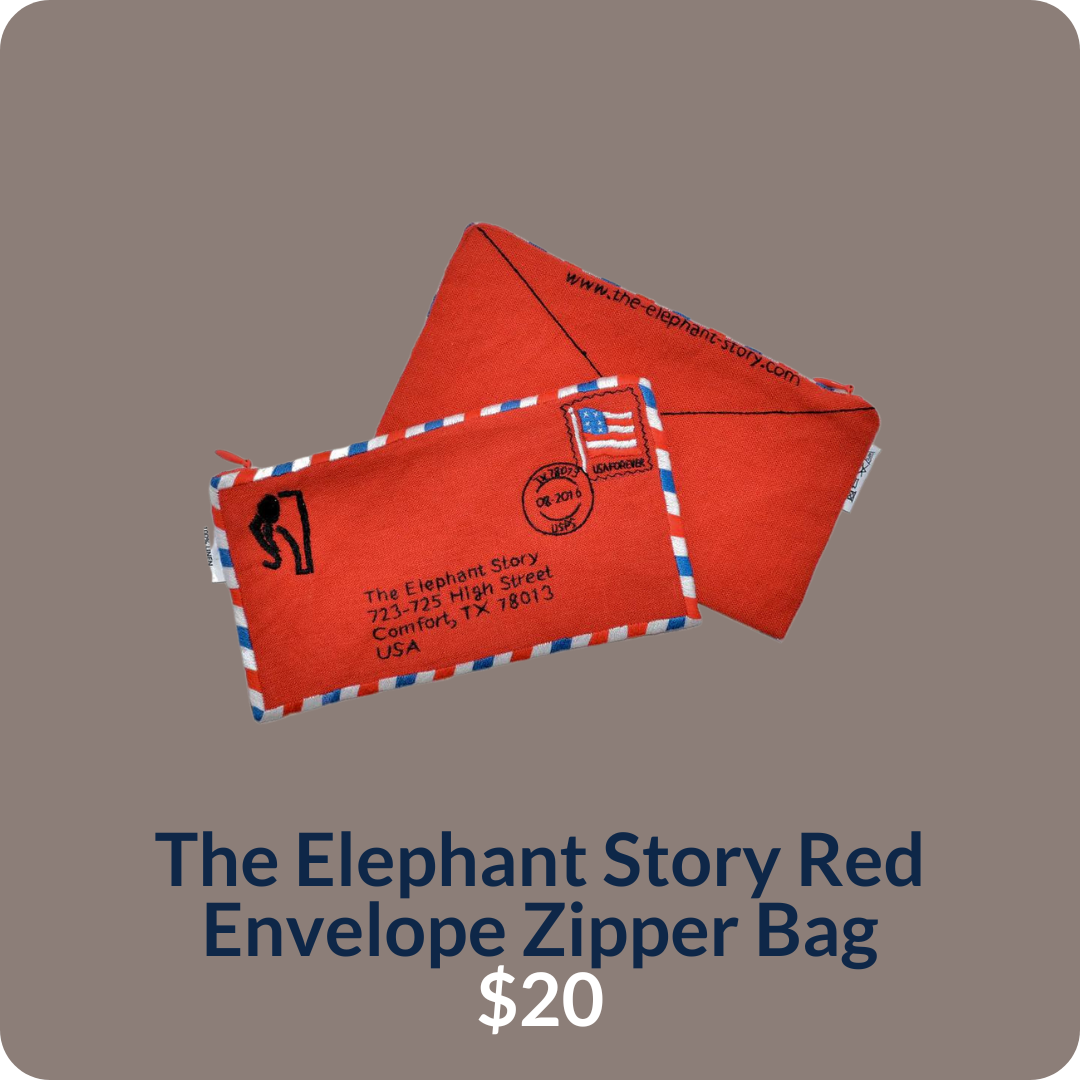