THE SUBTLETY OF TAIWAN VERSUS THE SLEDGEHAMMER OF CHINA

No one has ever maintained that Chinese Emperors ever acted in a subtle manner as far back as the Mongol conquests and subjugation of much of China in the 13th century. Perhaps Xi Jinping looks in the mirror every morning and pumps up his massive ego by imagining that his ancestors were famous, unforgiving conquerors as well. When this blog is published, we will have been to Taipei and, if everything works out okay, will be going back there again.  One might ask with all of Xi’s saber rattling of invading “his wayward colony of Taiwan,” why would we go there? I visited Taiwan several times many years ago, but this transit visit is driven by flight time and comfort in travel. The answer is EVA Air can get us to Bangkok in 22 hours which is the shortest possible flight time from Texas and the equipment is modern with all the creature comforts.

You might ask about the risk of an invasion complication which reminds me of a visit to Siem Reap, Cambodia during the Cambodian “troubles” when Sihanouk was overthrown by a CIA-engineered coup. For the great unwashed who did not get the memo, we were in a bit of a bind. I called Air France the morning of my departure from Bangkok to Siem Reap to ask about the status of the flight and was told that “the pilot will circle the field and land if it looks okay—take a chance.” I then grasped the airline’s nickname of “Air Chance.” Somehow, I feel more comfortable with EVA Air as Taiwan has been fleet afoot and clever in their many years of survival. Therefore, it will be up, up and away with EVA. 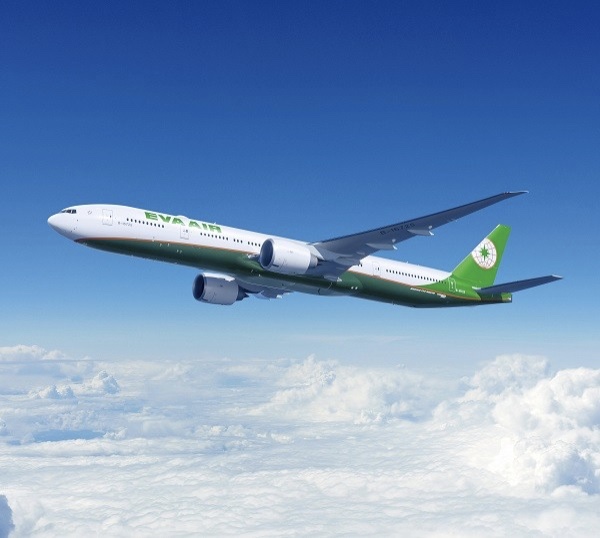 Recently The New York Times published an article entitled How Taiwan’s ‘Adorable’ and Ambitious Diplomacy Aims to Keep the Island Safe. The leadership of Taiwan is quite aware of the dangers of the conqueror, Xi Jinping, as he provides frequent reminders by flying his warplanes extremely close to Taiwan airspace. 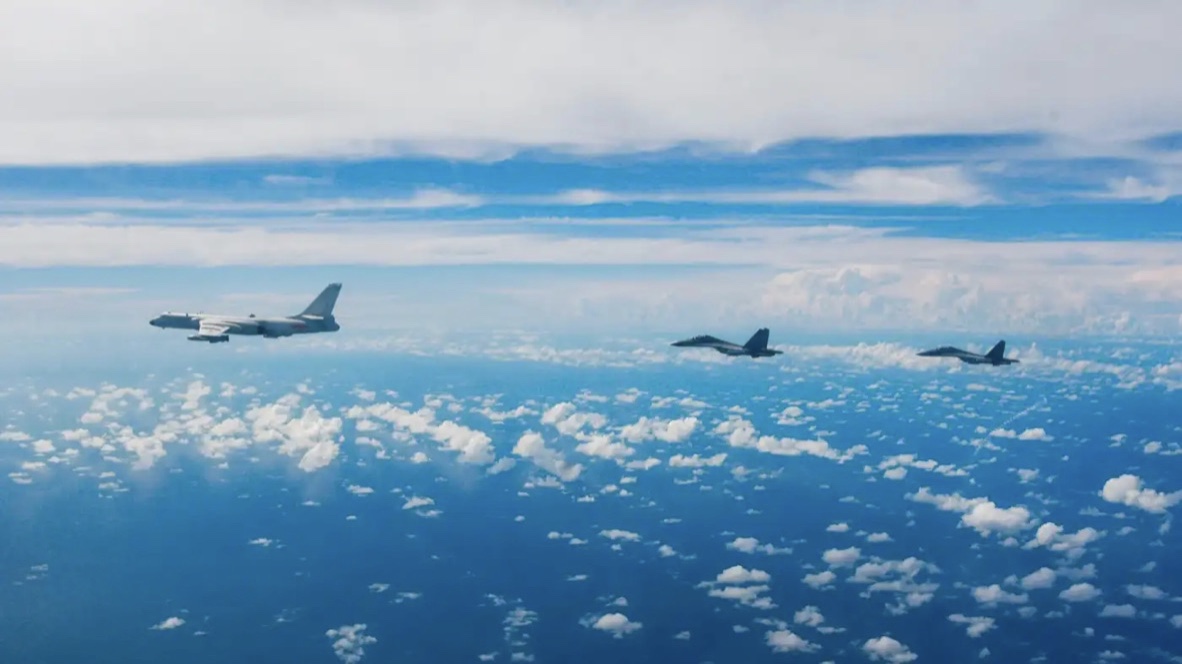 On the other hand, Taiwan welcomes visitors from all over the world to visit and is doing just about everything possible to bolster its alliances. It is readily obvious that China has a clear strategic initiative to complete reunification.  Although Taiwan has fewer foreign embassies than ten years ago, they are receiving more international recognition and attention than in the past. Moreover, they are achieving that position in a low-key friendly “reaching out” program as compared to the “ham-fisted” approach of its giant neighbor. Clearly, Taiwan welcomes all commercial airlines and foreigners to come visit. Their museum of Chinese artifacts is the best in the world. General Chiang Kai-shek stripped about everything he could when he fled to Taiwan after having been overrun by Mao’s forces in 1949. 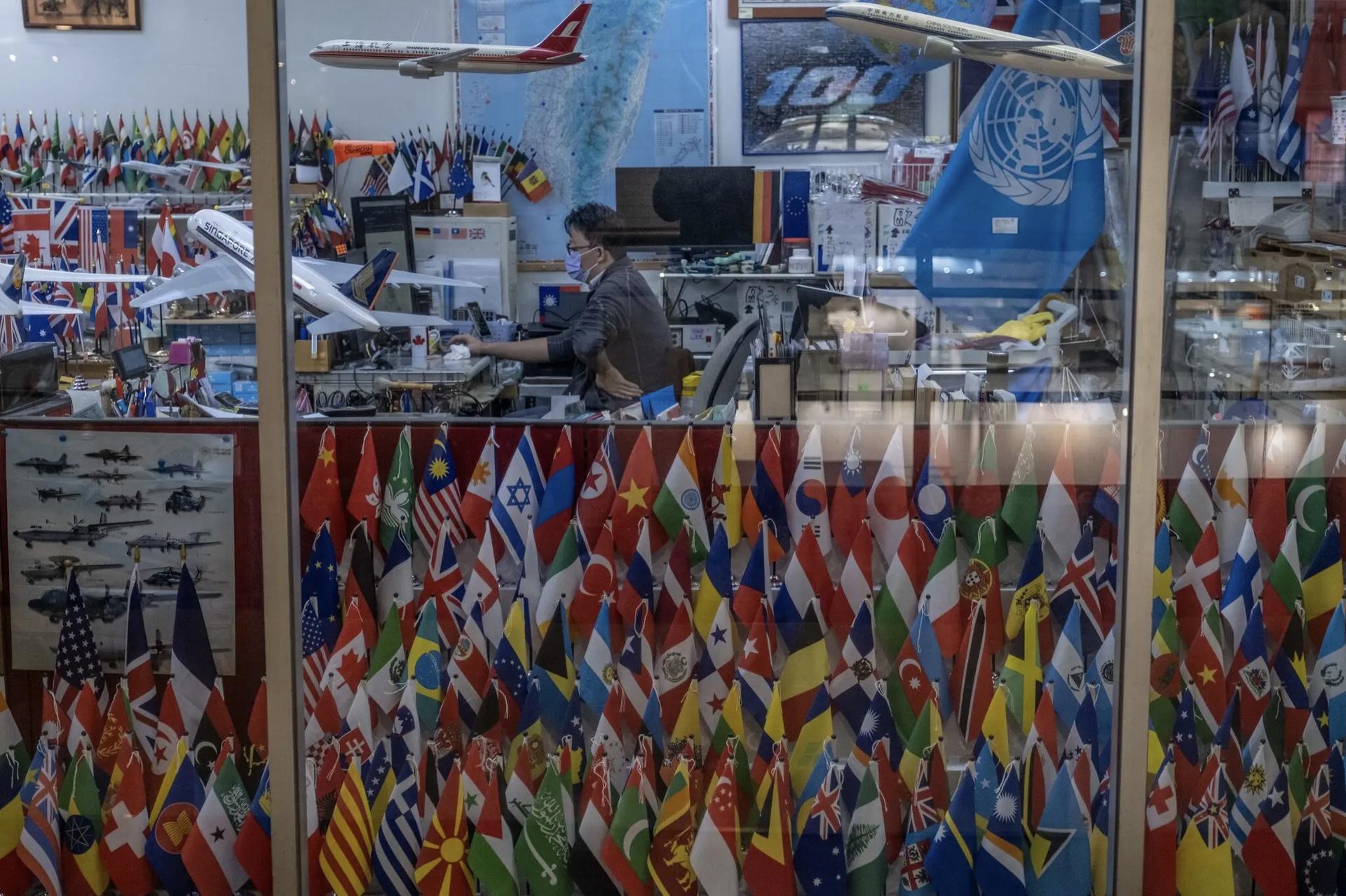 President Tsai Ing-wen, in the black suit below, is always open to all foreign dignitaries such as this U.S. Congressional delegation.  Moreover, no country is too small to receive a helping hand or recognition from Taiwan. 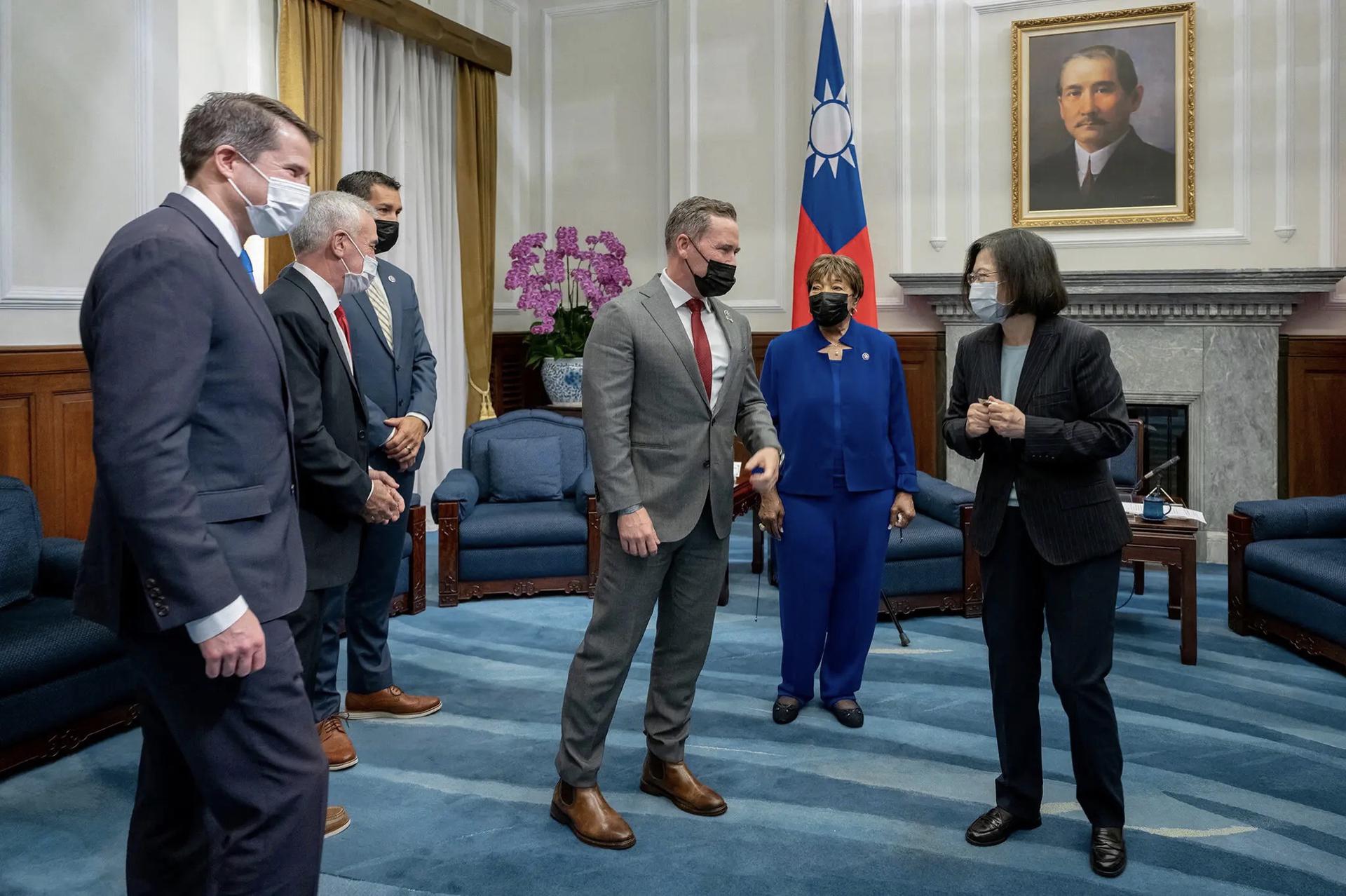 Only 14 embassies remain in Taipei where most of them occupy a single office building. Nonetheless, 60 or so countries have trade relationships with Taiwan. Even when a country succumbs to Xi’s pressure to discontinue their official presence in the country, there are no hard feelings. When Nicaragua was forced to terminate their relations with Taiwan, the Taiwanese named the park shown here, Nicaragua Park, to commemorate the former embassy. Foreign diplomats refer to Taiwan as a friend rather than just a mutual interest country.

On occasion, China can be their own worst enemy. A year ago, Lithuania would not accept a Chinese cell phone that included a censorship of 449 terms banned by the Chinese government. In retaliation, Lithuanian products were banned in China. Taiwan jumped on the opportunity to establish relations with Lithuania, created a $200 million fund to invest in Lithuania and a $1 billion program to finance joint ventures, including semiconductors. The Taipei showroom of Lithuanian products illustrates the extent of Taiwan’s efforts to make new friends. 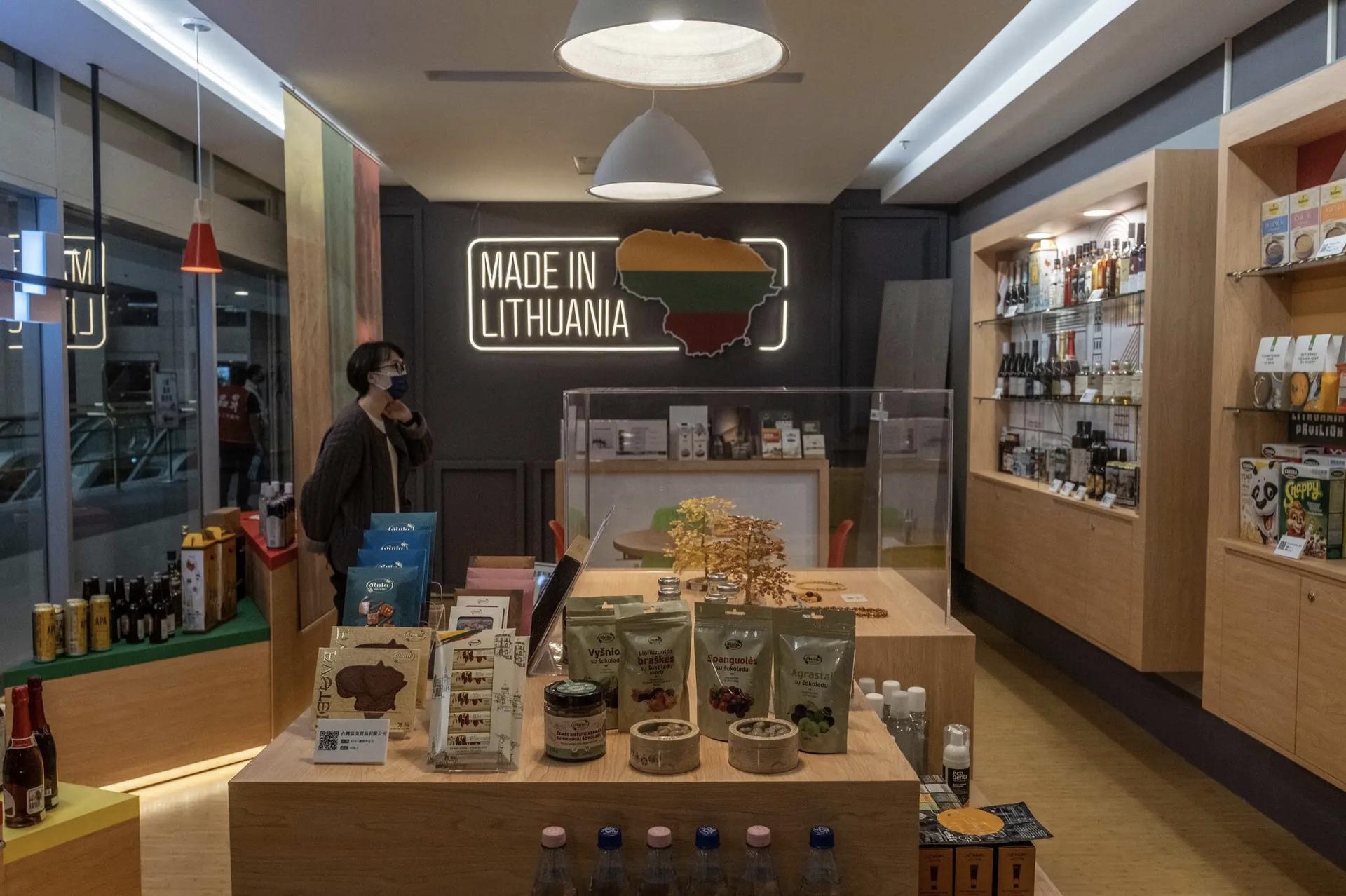 Chiayo Kuo, founder of the Taiwan Digital Diplomacy Association, a nonprofit helping Taiwan get its message out, said the Taiwanese people are eager to build international relationships. Her team of six multilingual employees produce social media content for countries where Taiwan is active.  Not only does diplomacy matter, but informal approaches can be more lasting and genuine. Her message is – we must be more creative and more adorable trying to make more friends.

Who would you prefer to call – your adorable friend Chiayo Kuo or Xi Jinping? 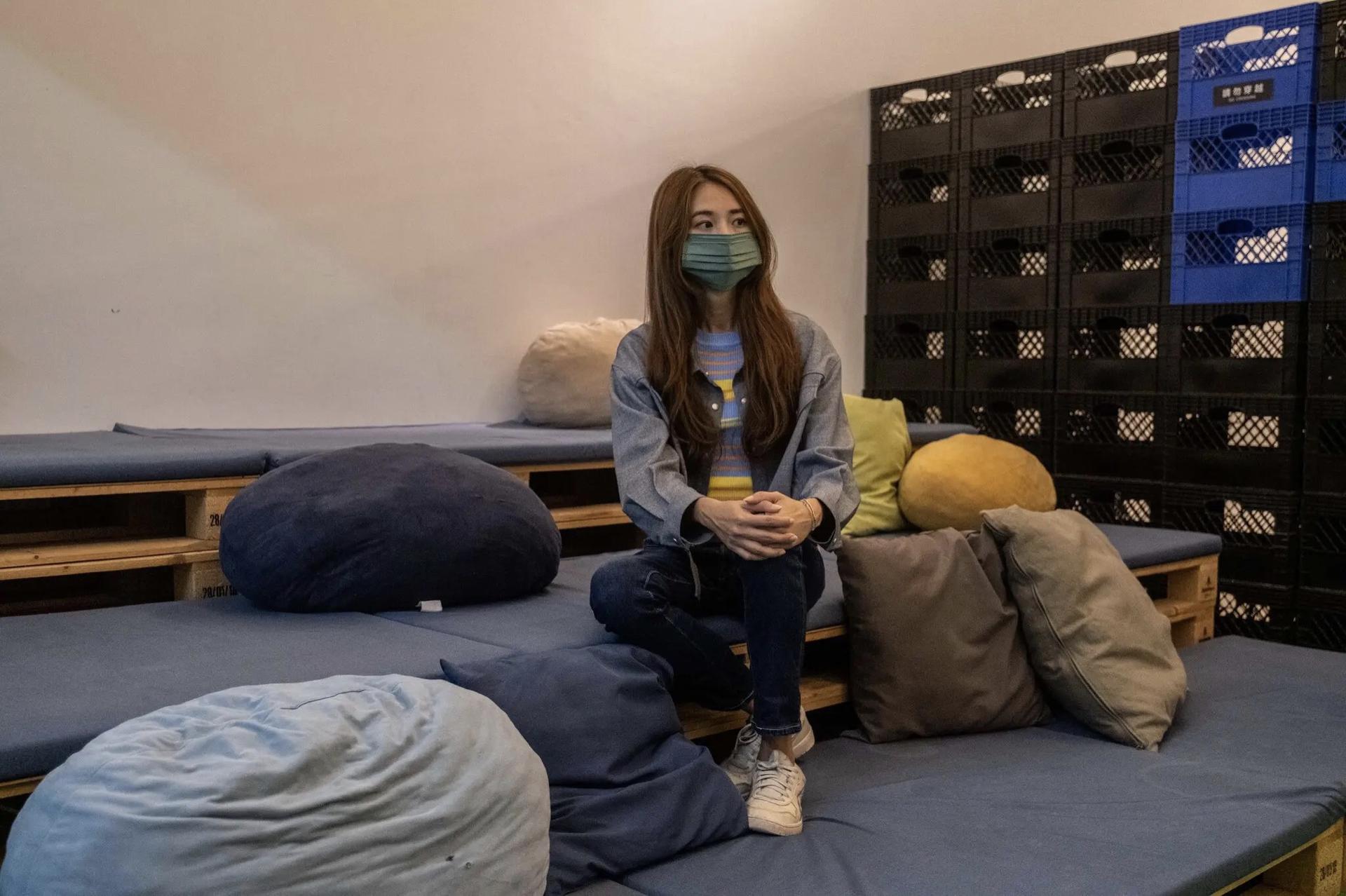 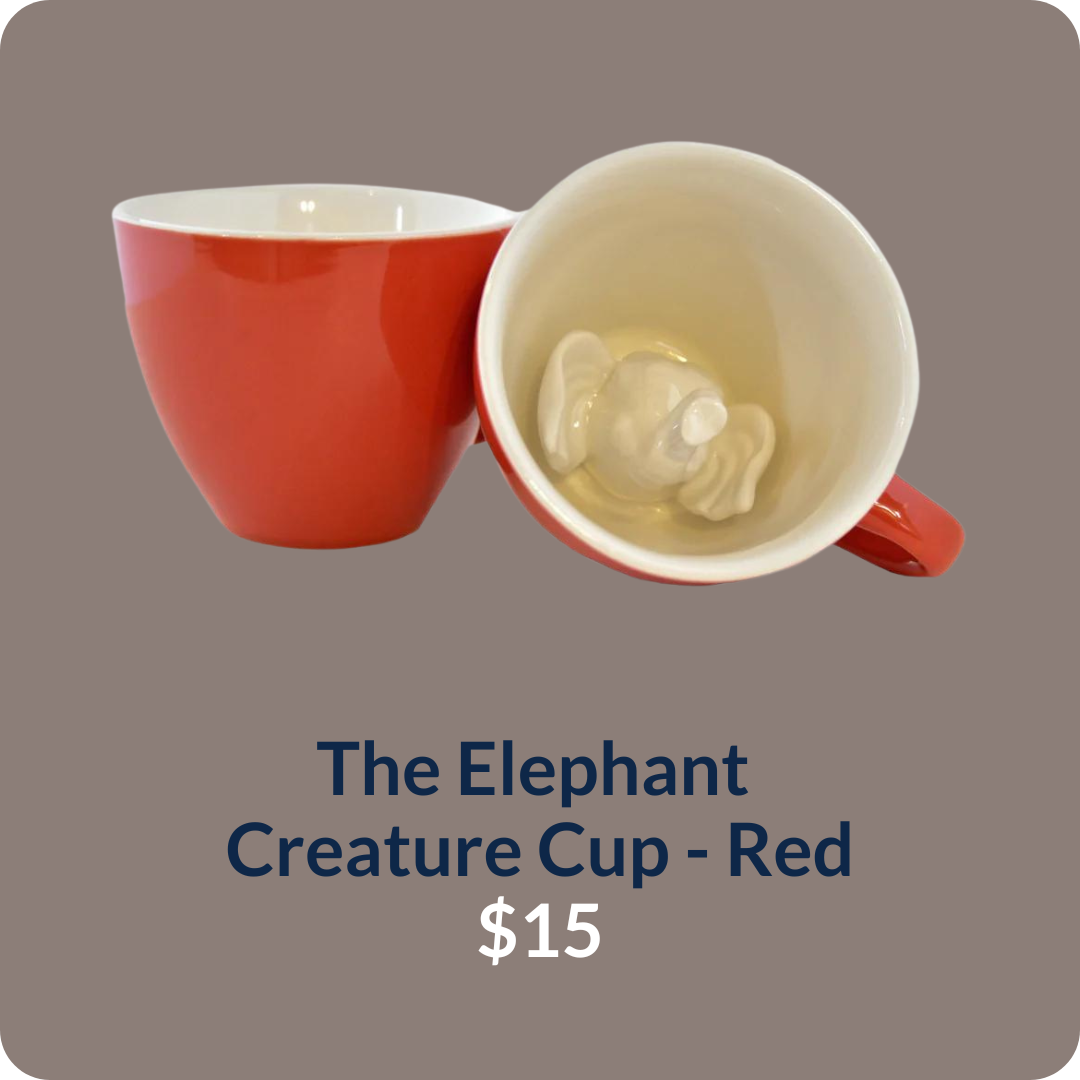