Most of you will recall the famous novel Tinker Tailor Soldier Spy by Le Carré which makes a point of the difficulty of determining the real professions of some people. A few weeks ago, I was doing my daily read of The Bangkok Post when up popped an article entitled Russian Arms Dealer Extradited from Thailand Unaware of US Swap. The basic bones of the article would be familiar to most people in the U.S. It reflected the alleged swap offer of the U.S. to exchange Viktor Bout, a Russian arms dealer imprisoned by the U.S., shown here on the left, for U.S. basketball star Brittney Griner and former U.S. Marine Paul Whelan. The former two-time Olympic basketball gold medalist, Brittney Griner, was convicted of having a small amount of cannabis oil and sentenced to ten years in prison.  Whelan, a security official in an auto parts company, was arrested in Moscow and sentenced in 2020 to 16 years in prison for espionage, which he denies. 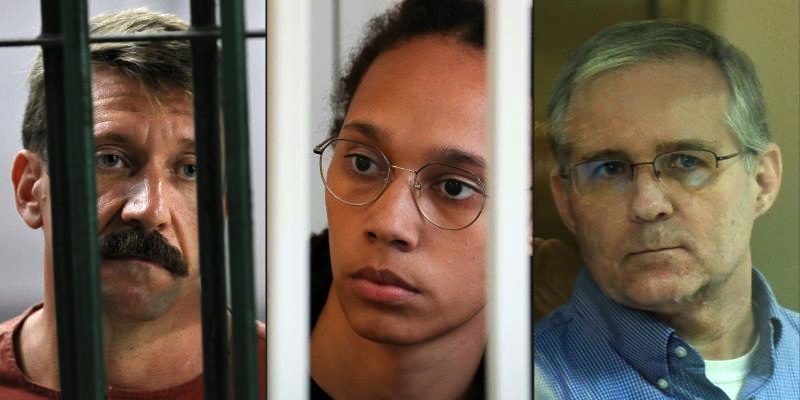 Before we cover the many sins of the bad actor, Bout, we can quickly dismiss the “alleged heinous crimes” of the two Americans. Griner’s case is pure harassment. My company was in Russia some ten years, and I can say it has been and always will be a corrupt country which places no value on human life or due process. I was once nailed with having too much foreign currency when leaving Moscow. I gestured to the Border Guard that it could be his and he quickly stuffed into his pants and off I went. Perhaps the Griner inspector would have been happy with the CBD oil and everything would have been fine.

The espionage charge against Whelan is a bit trickier.  In the old days, the Russian oil industry was a mystery to the CIA so most oily types were approached by the CIA to do their espionage duty. Sadly, everyone’s collaborator cover was broken by Robert Hanssen of the FBI who sold the secrets to the KGB. The Russian collaborators were executed and I was fortunate enough to be advised by a KGB Colonel, with whom we were forming a venture in Libya, to be cool for a bit and everything would be fine. Whelan could have fallen into the “good boy scout” collaborator category or it could have been a setup. Nonetheless, never count on the CIA to lend a helping hand as they eat their own, while their collaborators are not on their radar screen whatsoever.

Let’s hope the prisoner exchange goes well even though Viktor Bout is one bad fellow with rivers of blood on his hands though they are concealed in the image here.  He is being transported following his arrest by U.S. federal officers under a U.S. court extradition order resulting from a DEA sting operation to sell arms to Colombia’s FARC rebels. Bout became known as the Merchant of Death in 2003 when Peter Hain of the British Foreign Office read a report to the United Nations in 2003 of his nefarious operations. He was arrested in Thailand in 2008 following DEA charges though he was held in a Thai prison for two years before being extradited.  Clearly, he preferred the free and easy life in a Thai prison to confinement in the U.S. as he does not look happy in this image. He has served 10 years at the United States Penitentiary, Marion. One of Bout’s strengths is his ability to speak a variety of foreign languages. As a child, he studied Esperanto (an international auxiliary language) which makes him the only one who did that I know of – other than myself. 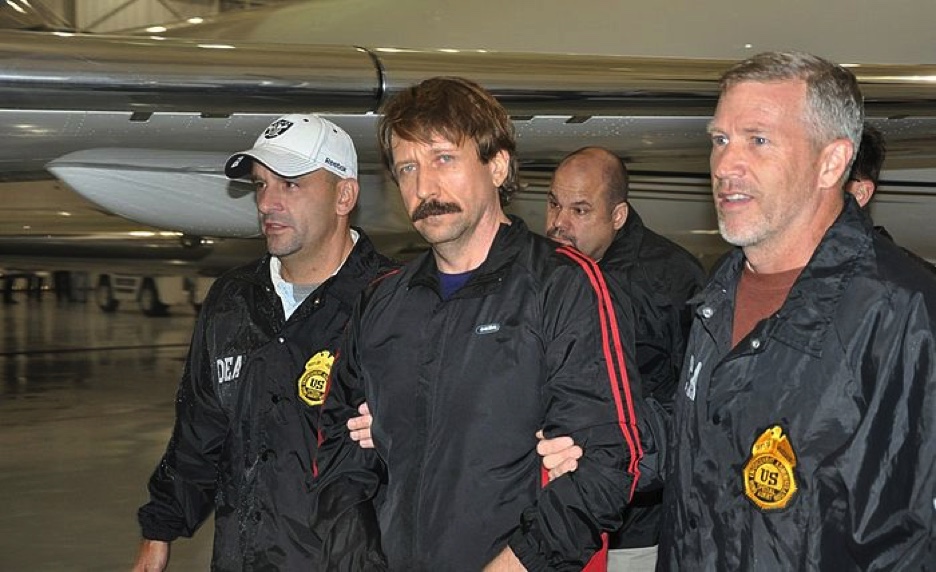 In 2007, a group of naïve oil explorers, shown here, embarked on a mission to establish a new core area in the Republic of Congo, Angola, and the Democratic Republic of Congo. We previously had great success in the Far East, Middle East, Mongolia, North Africa, Russia, and the UK. Little did Serge to my left, Roger to my right, or Gordon behind the camera know that we are charging into our corporate “Waterloo.” Although we were representing a British company, the roles were reversed in our campaign and like Napoleon’s result, we were slaughtered. That outcome was not the result of Serge being French but because of our lack of understanding of the pitfalls of that part of the world. 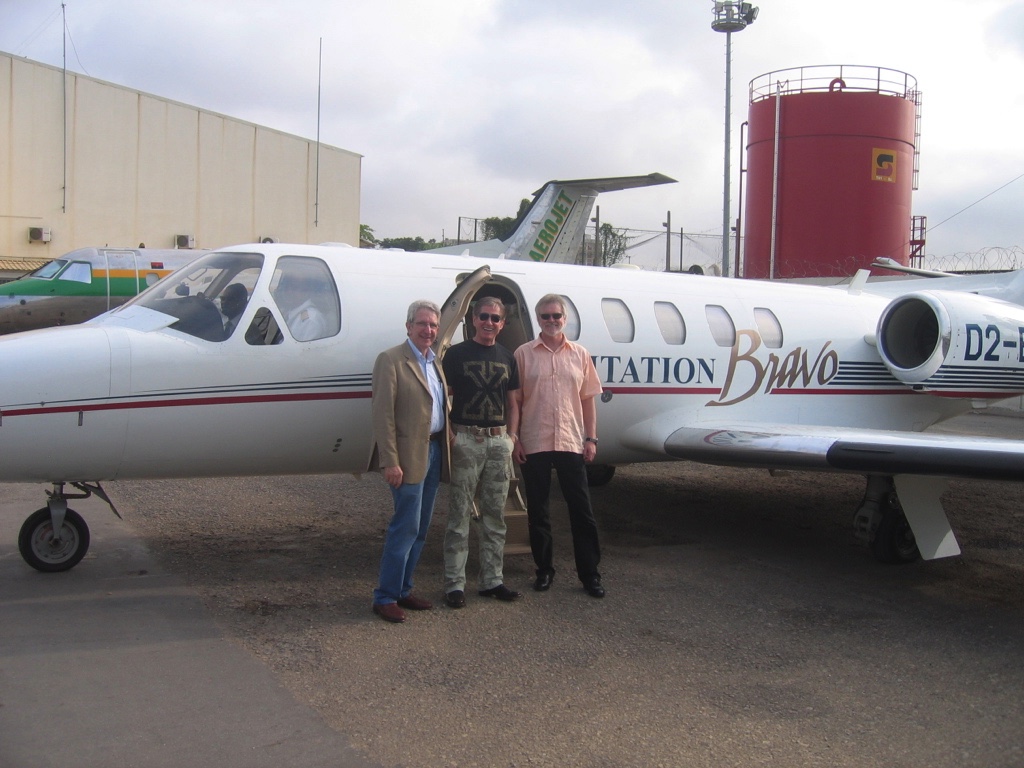 Perhaps we should have retained Viktor Bout as an advisor as he knew that area quite well having been involved there for many years. The Russian aircraft that I captured on film below, was a common image in that part of the world as a major transporter of armaments to the various factions competing for control of the oil riches of Sub-Saharan Africa.  Gordon captured some of the products of war the next day when he photographed a bullet hole in my hotel window with the bullet imbedded in the wall. Apparently, it happened two weeks before in a shoot-out between two armies vying for control.  Kabila prevailed and we subsequently signed a petroleum contract with his new government which was a costly mistake. 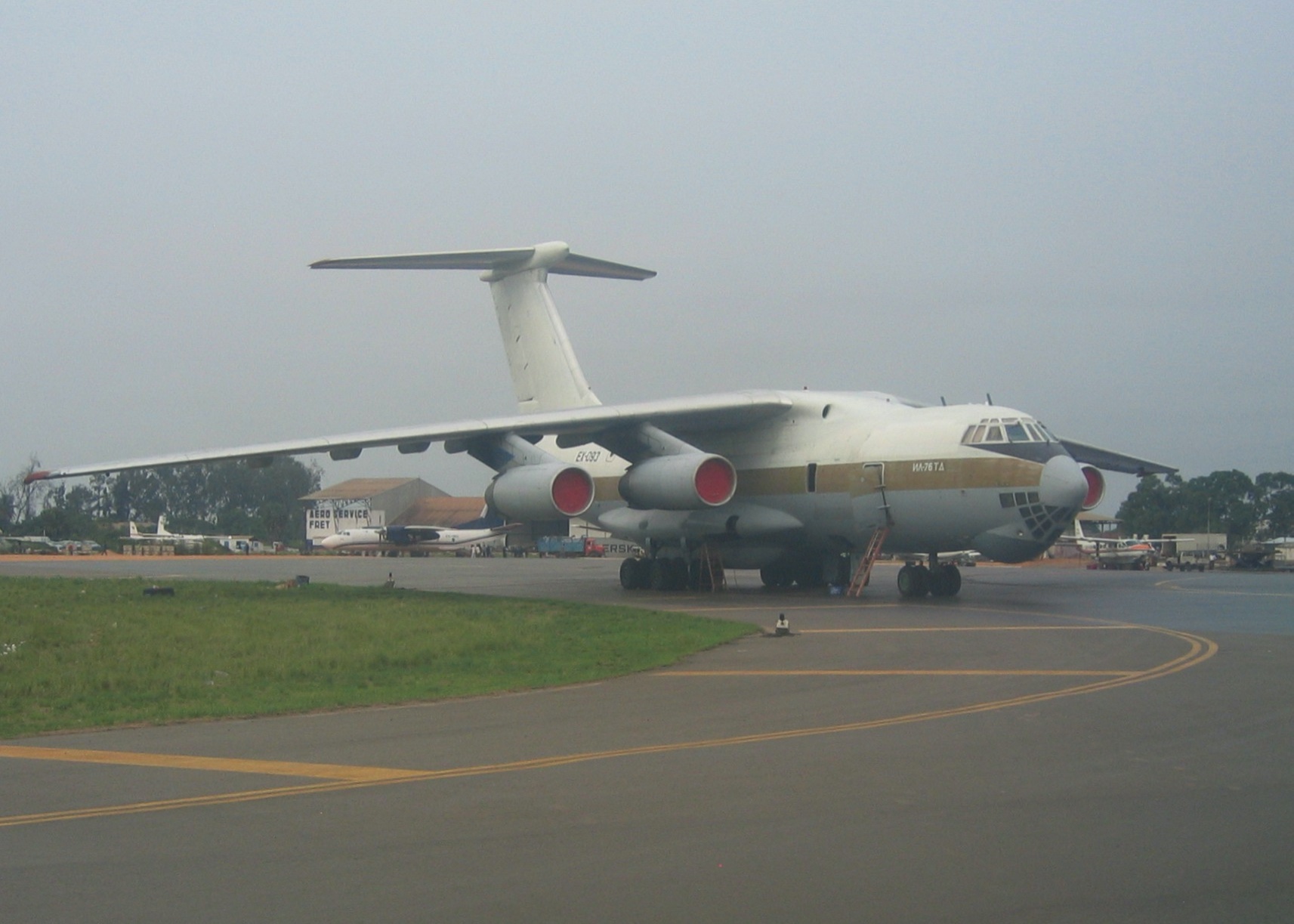 The amazing aspect of the sophisticated aircraft and armaments involved in the conflicts is the contrast with the abject poverty I captured below showing the border crossing from Republic of Congo into Cabinda, an enclave of Angola, and ground zero for Viktor Bout. The message in that part of the world to this day is the natural resource riches go to the despots and war lords who rule those territories and those who sell them the tools of death. The ordinary people survive at near poverty levels—always have and, perhaps, always will.  Viktor Bout paid a price in prison, but it appears his chances of returning to enjoy his wealth may be just around the corner.  Moreover, “Merchants of Death” may have longer life expectancies than “Russian Oil Oligarchs” as they seem to be dropping like flies these days. 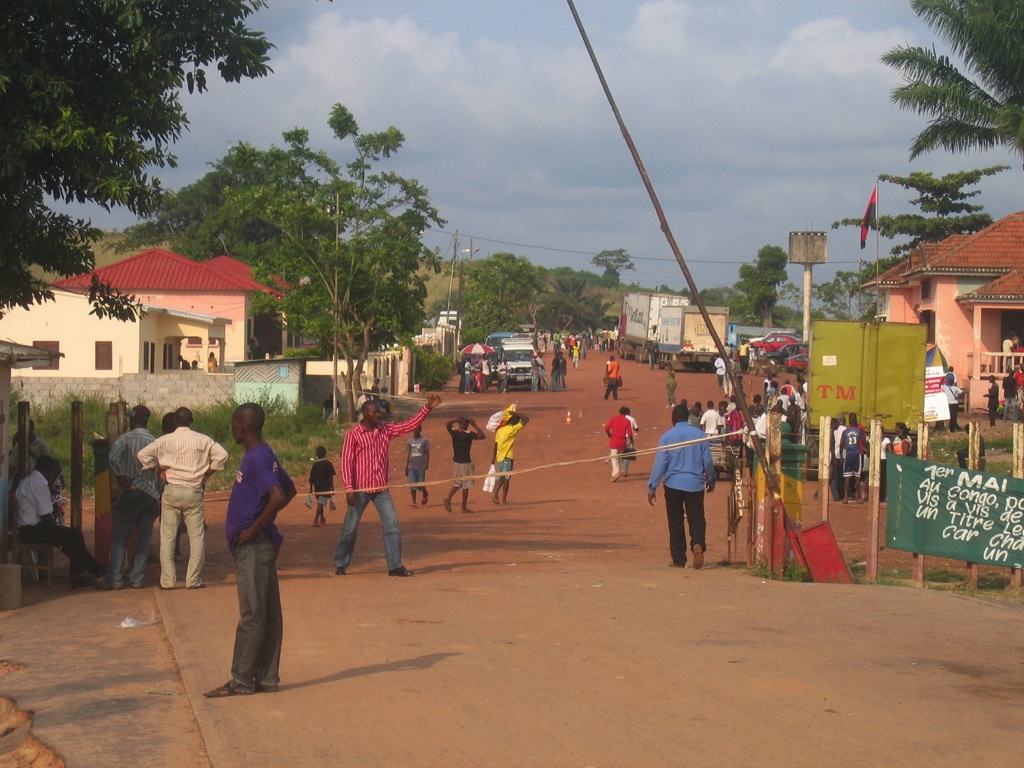 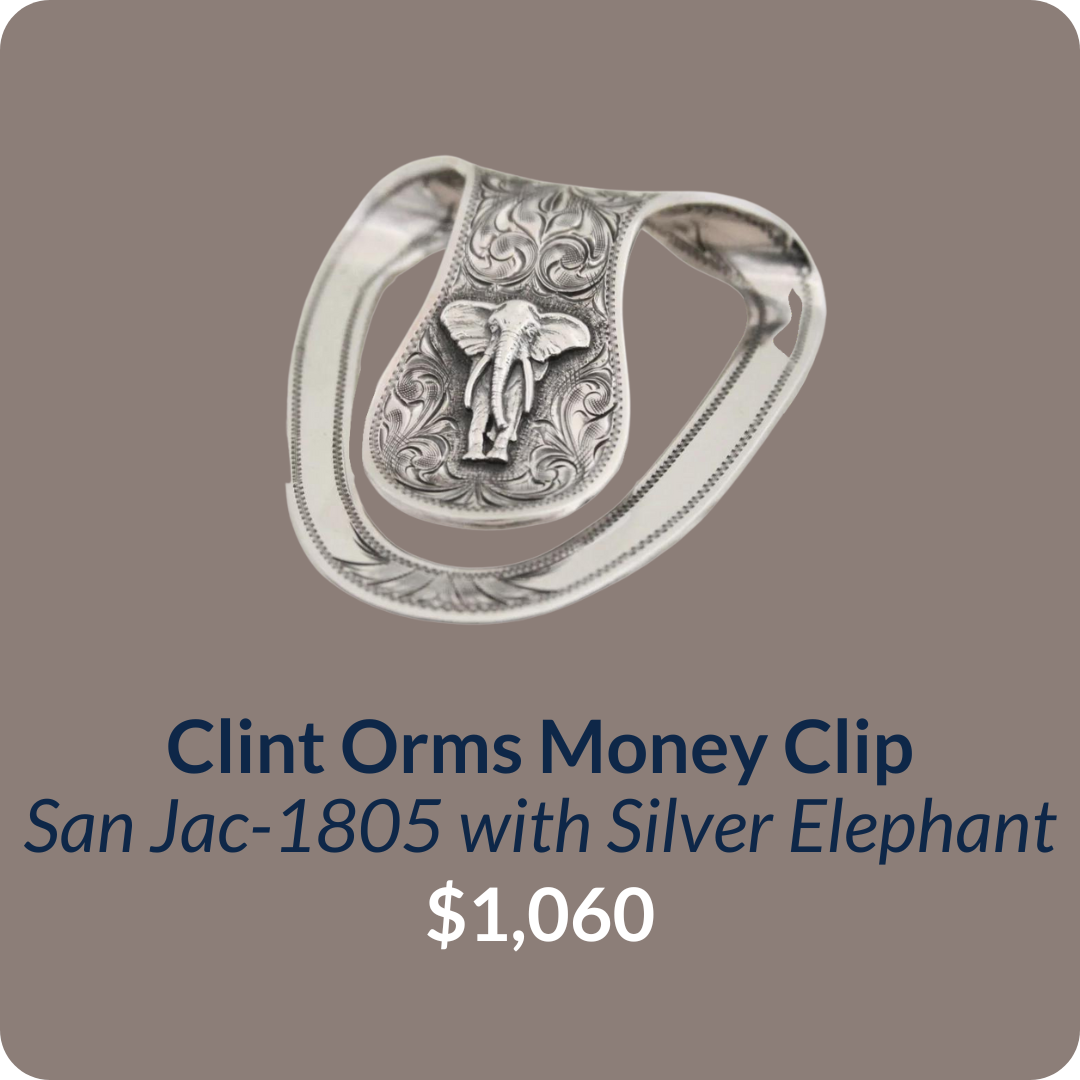 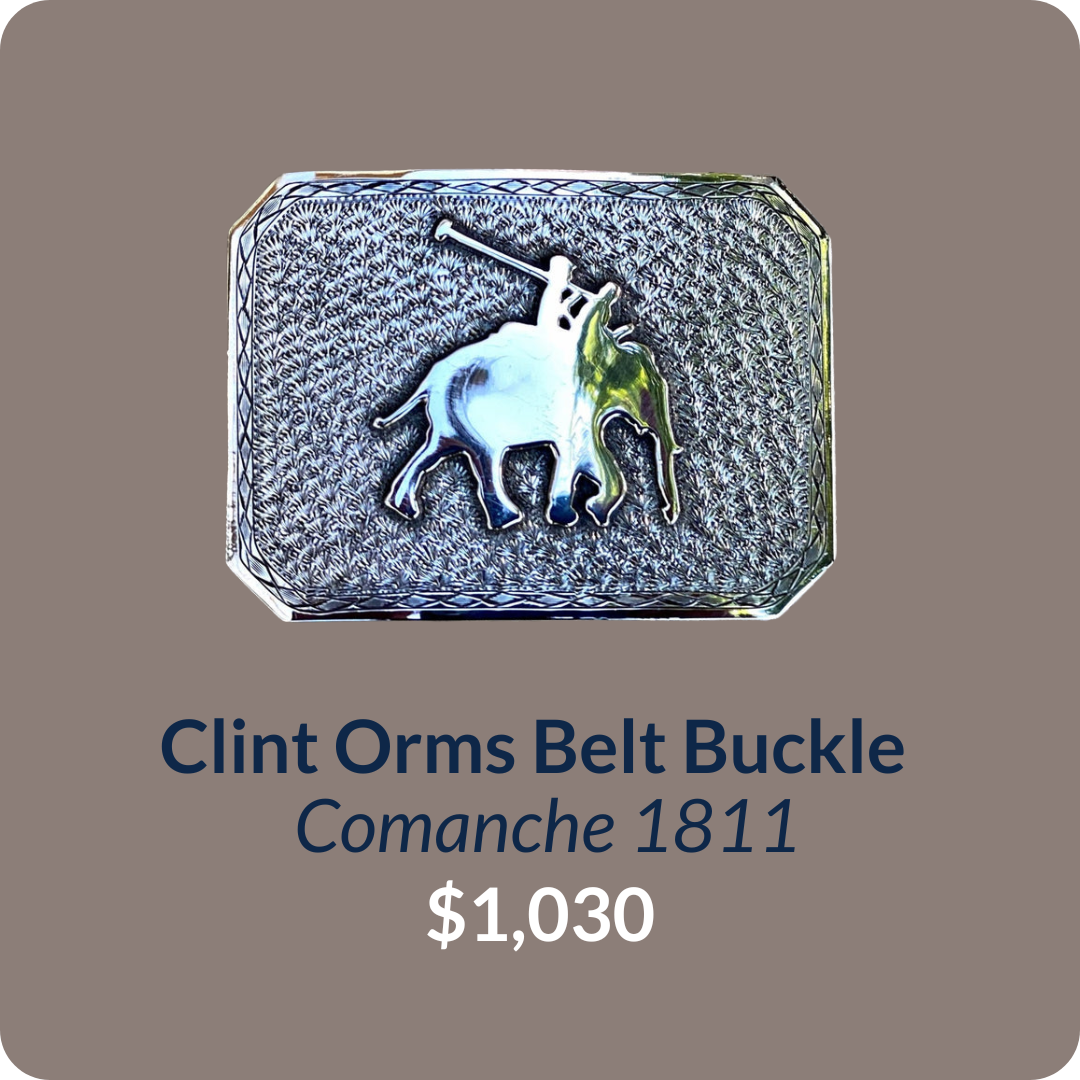