JUSTICE IN THE LOCKERBIE BOMBING MAY NOT BE LOST

Many people may have forgotten one of the greatest aviation tragedies in history when on December 21, 1988, a bomb destroyed Pan Am Flight 103 over Lockerbie, Scotland.  The bomb blast onboard the Boeing 747 resulted in a death toll of 270 passengers and crew. 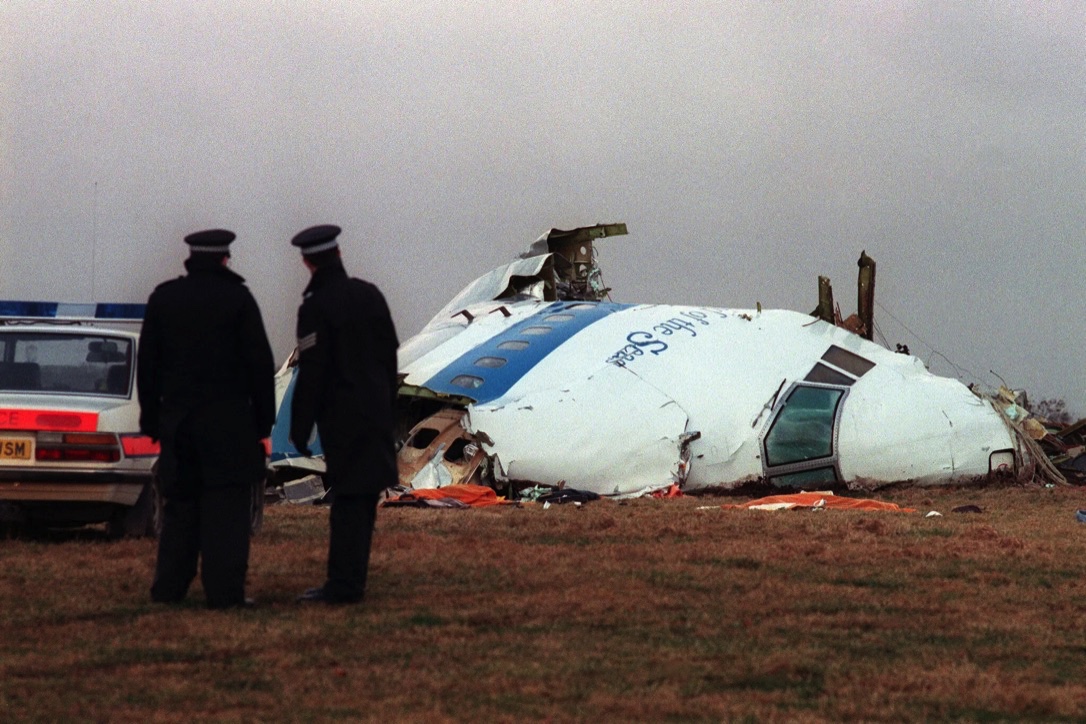 Moreover, the exploding aircraft virtually destroyed the small village of Lockerbie, Scotland and claimed a further 11 lives. The grainy photograph taken below from a BBC news reel illustrates the devastation encountered in the small village. 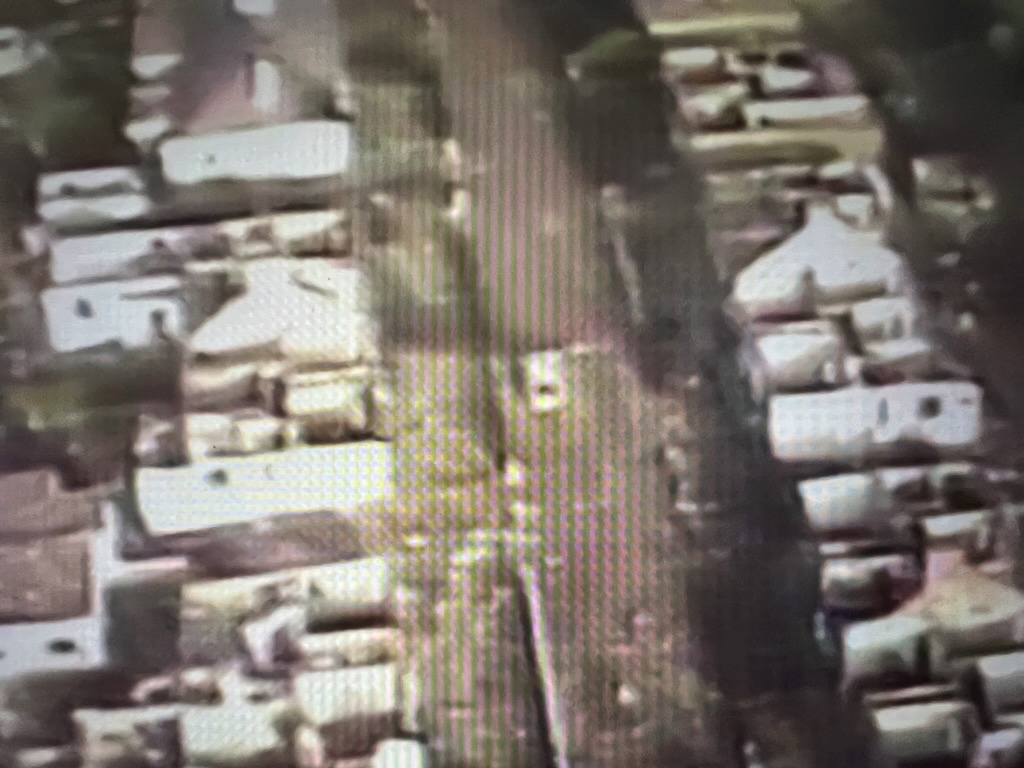 BBC News reported on December 16, 2022, that the Lockerbie bombing suspect was in U.S. custody.  One day later, The Daily Mail reported: U.S. is Set to Charge Spy Chief Who Was Gaddafi’s Brother-in-Law Over 1988 Plane Bomb Horror. Gaddafi’s brother-in-law, Abu Aglia Mohammed Masud, is shown in the foreground in the image below. He is the former Intelligence Chief of the Libyan Government and was nicknamed “the butcher” for his brutal behavior.

Behind him is Abdelbaset al-Megrabi who was imprisoned in Libya for building the bomb that brought down Pan Am flight 103.  Megrabi was released from the Libyan prison for compassionate reasons shortly prior to his death in 2012 from prostate cancer and was the only party ever convicted for the Lockerbie bombing. It became clear that both men also played a role in the bombing of UTA Flight 772 which blew up over the African desert in route to Paris and killed 170 innocent people on board in September 1989. 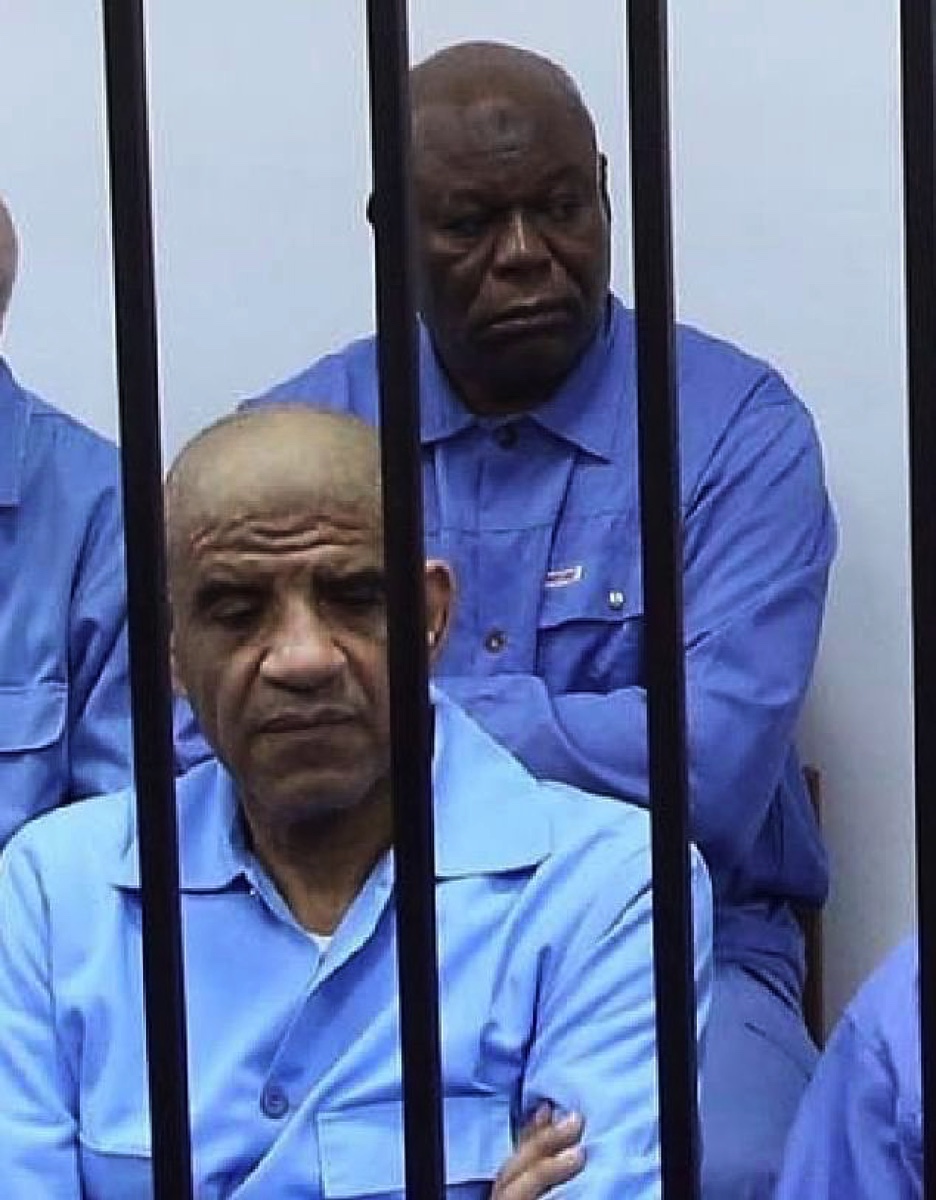 It is at this juncture that a departed friend of mine, Patrick, the former chairman of my company and an unofficial emissary of Jacques Chirac, President of France, visited Gaddafi in Tripoli to deliver a message. The message from Chirac was “If you will hand over your brother-in-law as the responsible party in the bombing of the UTA flight, France will reestablish diplomatic relations with Libya.”

Patrick delivered his message in French, but the translator would not interpret it. Finally, my friend asked Gaddafi whether he spoke English, he said yes, and Patrick repeated what he said in English. Gaddafi said he understood so Patrick left to return to the Tunisian border by car but was not allowed to cross. He was held there causing him some concern which was heightened when a police car with flashing lights appeared on the horizon. However, the officers merely gave Patrick souvenir photos of him with Gaddafi. Nonetheless, the meeting held some gravity in that the translator was executed to keep their little secret.

Former UK Prime Minister, Tony Blair, took an active role in trying to resolve the issues regarding a trial for the two Lockerbie bombers. Blair is shown below attempting to persuade Nelson Mandela not to oppose discussions that the UK was seeking to try the two suspects in Scotland. Ultimately, neither party was tried in a Western court. 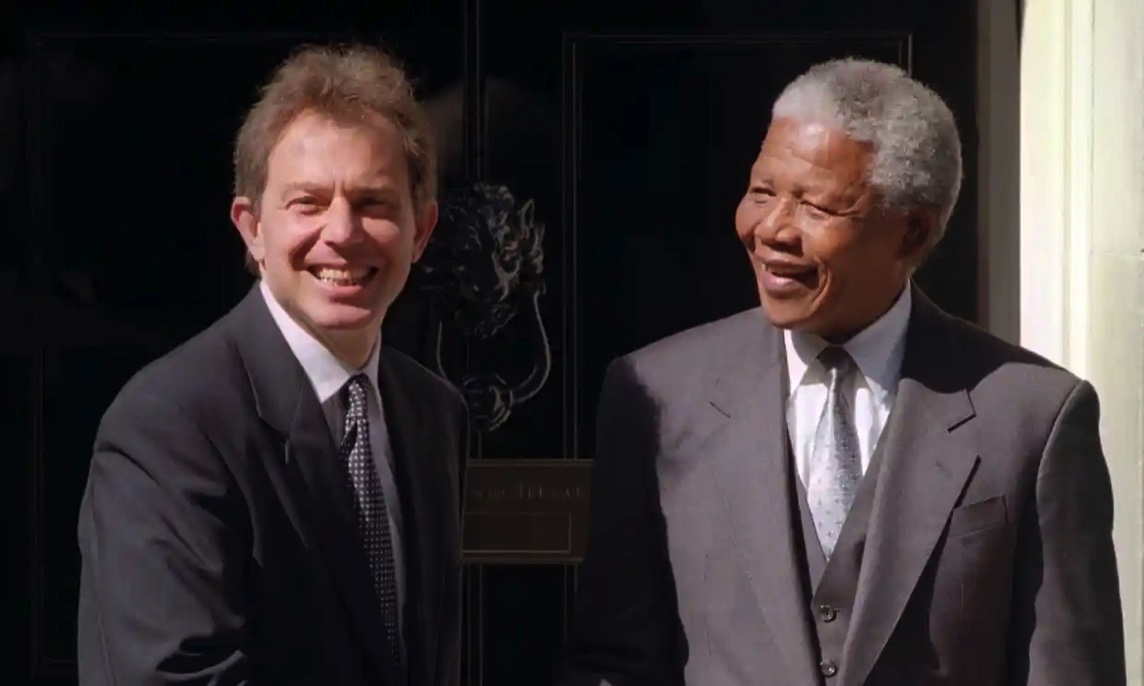 As we know, the Western world sought to de-stabilize the Gaddafi regime which ultimately led to a never-ending battle among the warlords. Prior to that time, together with the Russian company Gazprom, we had a venture to rehabilitate certain oil fields in Libya. Our sponsor was Seif Islam Gaddafi, the son of Muamar Gaddafi who was introduced by a Lebanese friend and major shareholder, Sammy. Fortunately, nothing ever came of that venture.

In the interim, Blair was drawn to Seif though everything came unraveled when Seif joined his father in direct combat with the other guerilla war lord armies. Gaddafi was killed and Seif was severely injured though ultimately, he recovered and attempted to run for the leadership of Libya but was disqualified by rival warlords. 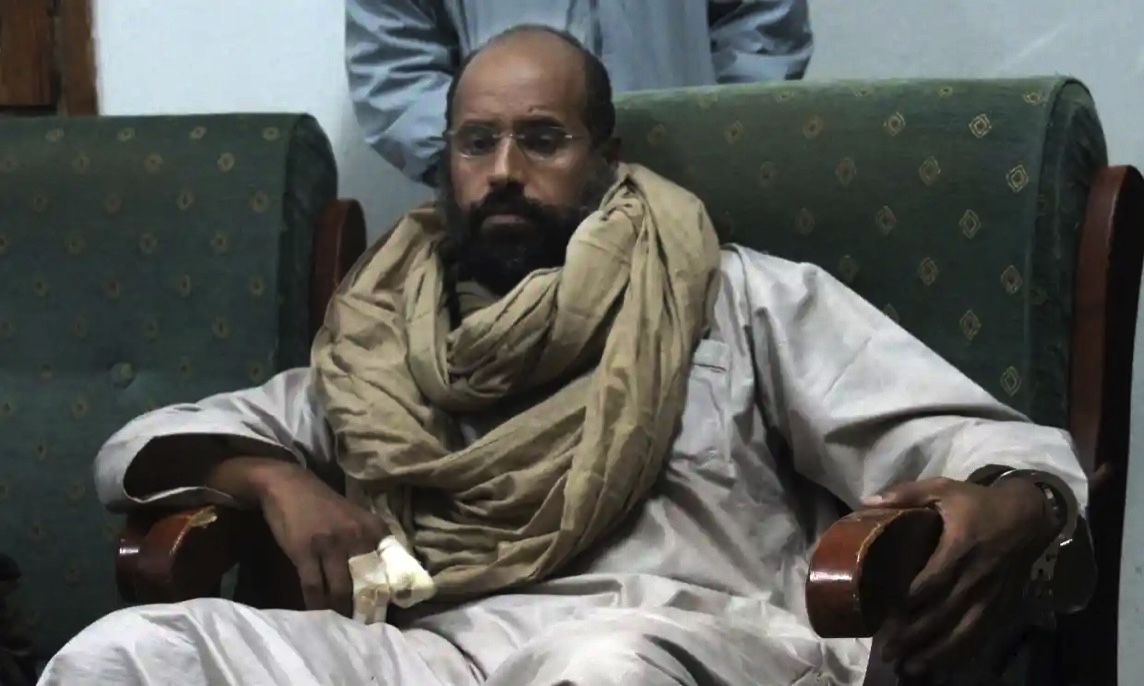 Moving on to another Tony Blair chapter, a friend of mine in Scotland introduced Tony Blair, his schoolboy friend, to George Bush who was also his friend as he spent his summers in the U.S. The two of them bonded and then joined hands to invade Iraq under the pretense of “weapons of mass destruction” in Iraq which Saddam Hussein denied. Moreover, there was no clear evidence of their presence and none were ever found.

Further, Blair turned a blind eye to the presumed requirement that a UN majority resolution was needed before the UK could invade.  The 23-day war ended with smiles and “high fives” as shown here though it was only the beginning of many years of death and destruction. 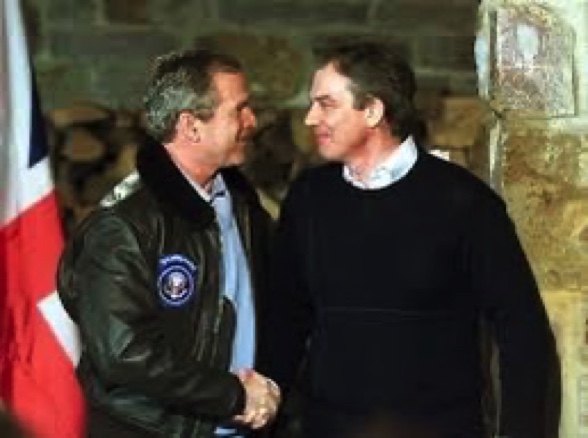 Accordingly, shortly after the war officially ended, yours truly was on the fourth and only commercial flight at that time via South African Airways from Amman, Jordan to Baghdad.  A meeting had been arranged with the energy minister to present a specific recommendation for an oil field to rehabilitate. However, the minister wanted us to build training facilities which was well out of our league. Moreover, things were a long way from being stable as law and order had vanished with very little visible U.S. military presence while guns were everywhere borne by people in plain clothing.

The best bit was the food and the fact we stayed in a well-guarded hotel controlled by foreign mercenaries with a strong admonishment that they controlled the days but not the nights. Therefore, we went home and put the Iraqi concept to bed though re-visited it many years later and again concluded the place had been completely destabilized.  I was not as forthcoming with Joey as I might have been until my 10-pound bullet proof vest fell on top of her when she was cleaning out the closet. I did return home with pneumonia which was a small price to pay. 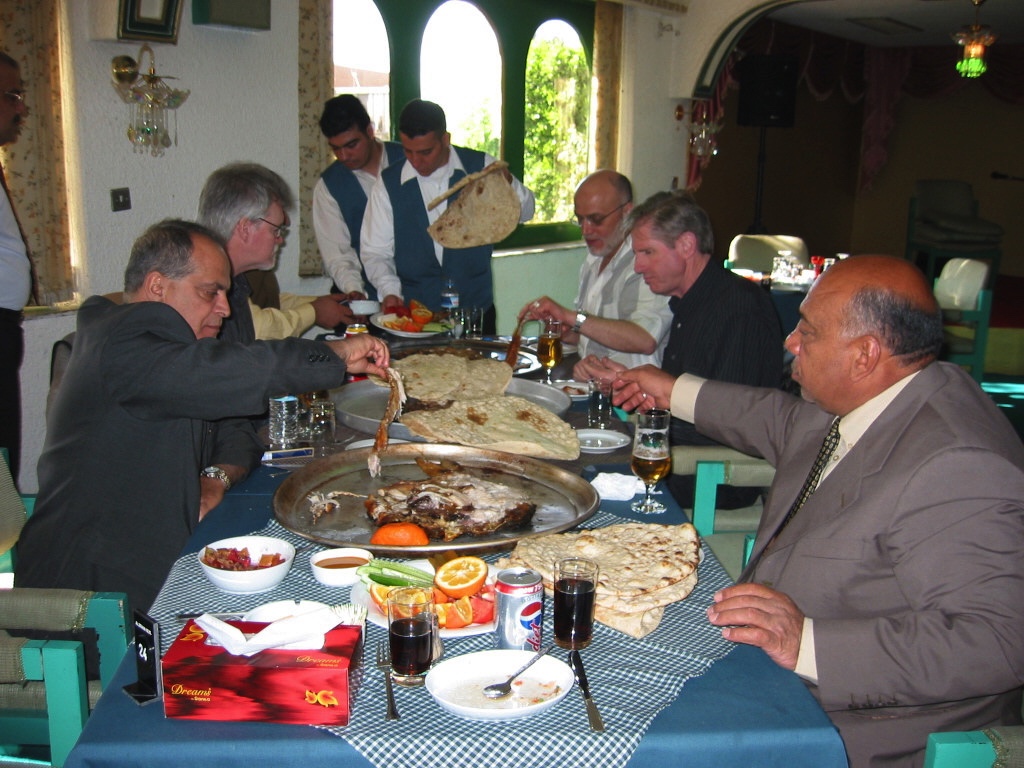 There are a couple of takeaways from all this history.  Occasionally, justice does catch up and punish evil parties. Ill-informed politicians with no understanding of history are hazardous to the health of this world.  Remember the Pete Seeger song – Where Have All the Young Men Gone? Gone to soldiers everyone. Where have all the soldiers gone? Gone to graveyards everyone.

Many politicians forget that premise and pursue vanity warfare that may be unnecessary. Further, destabilization of Iraq freed the Mullahs of Iran to go wild with their own weapons of mass destruction. Iranian drones are killing Ukrainians daily. Lastly, I met and knew to differing degrees the characters mentioned herein except for Chirac, Gaddafi, Nelson Mandela and the two bombers. In retrospect, it would have been very special to have known Chirac and Mandela but certainly not the others as they  were best kept one-step removed. 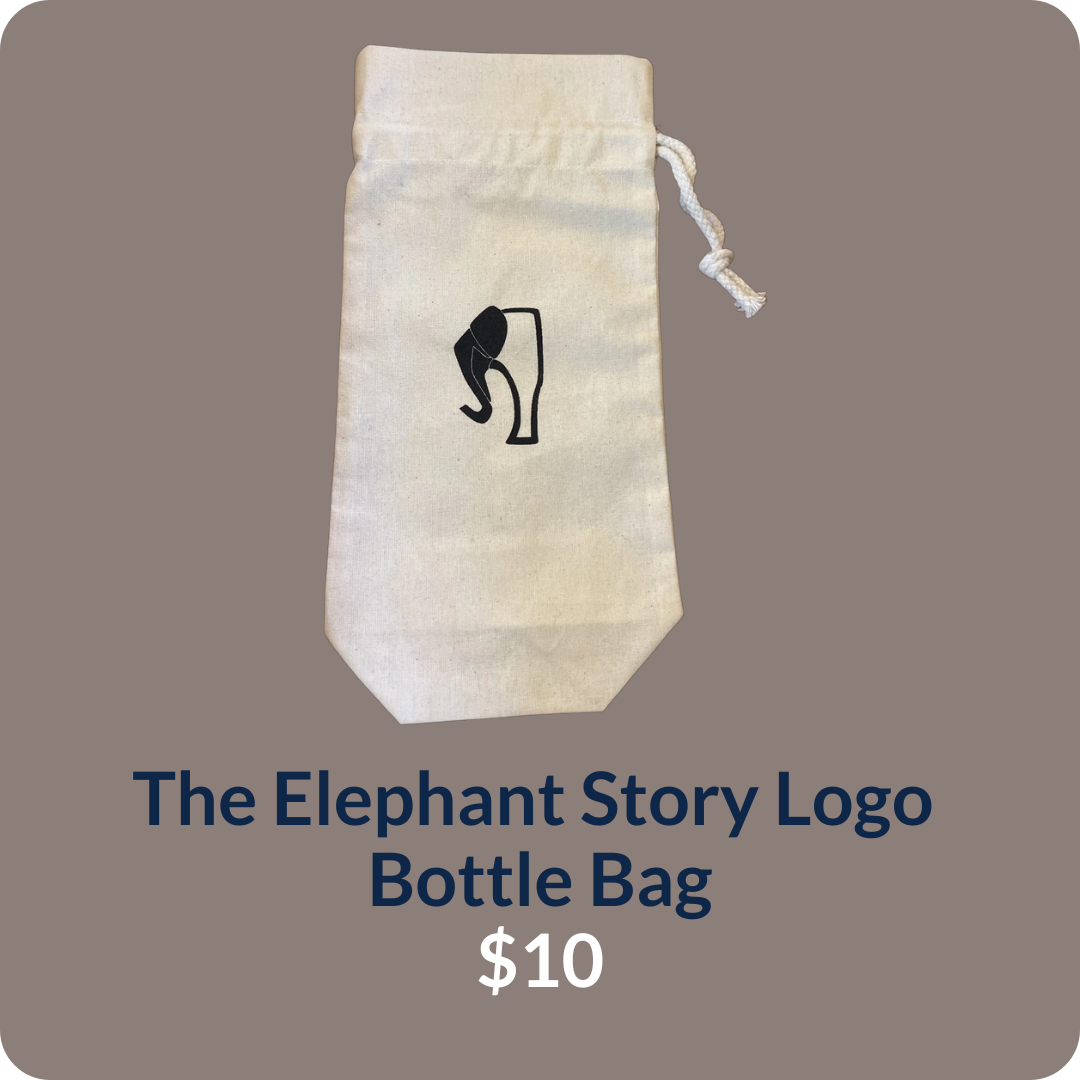 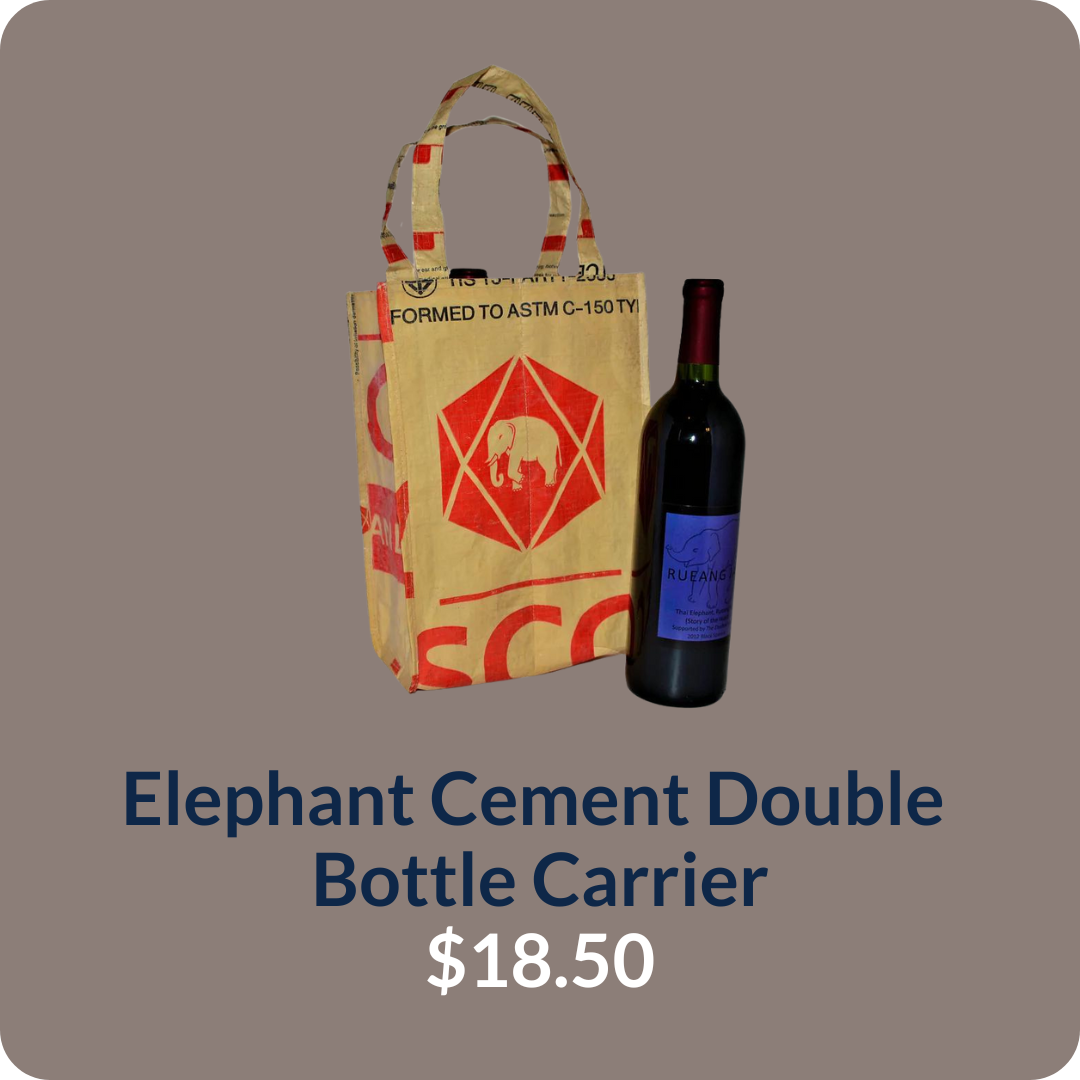 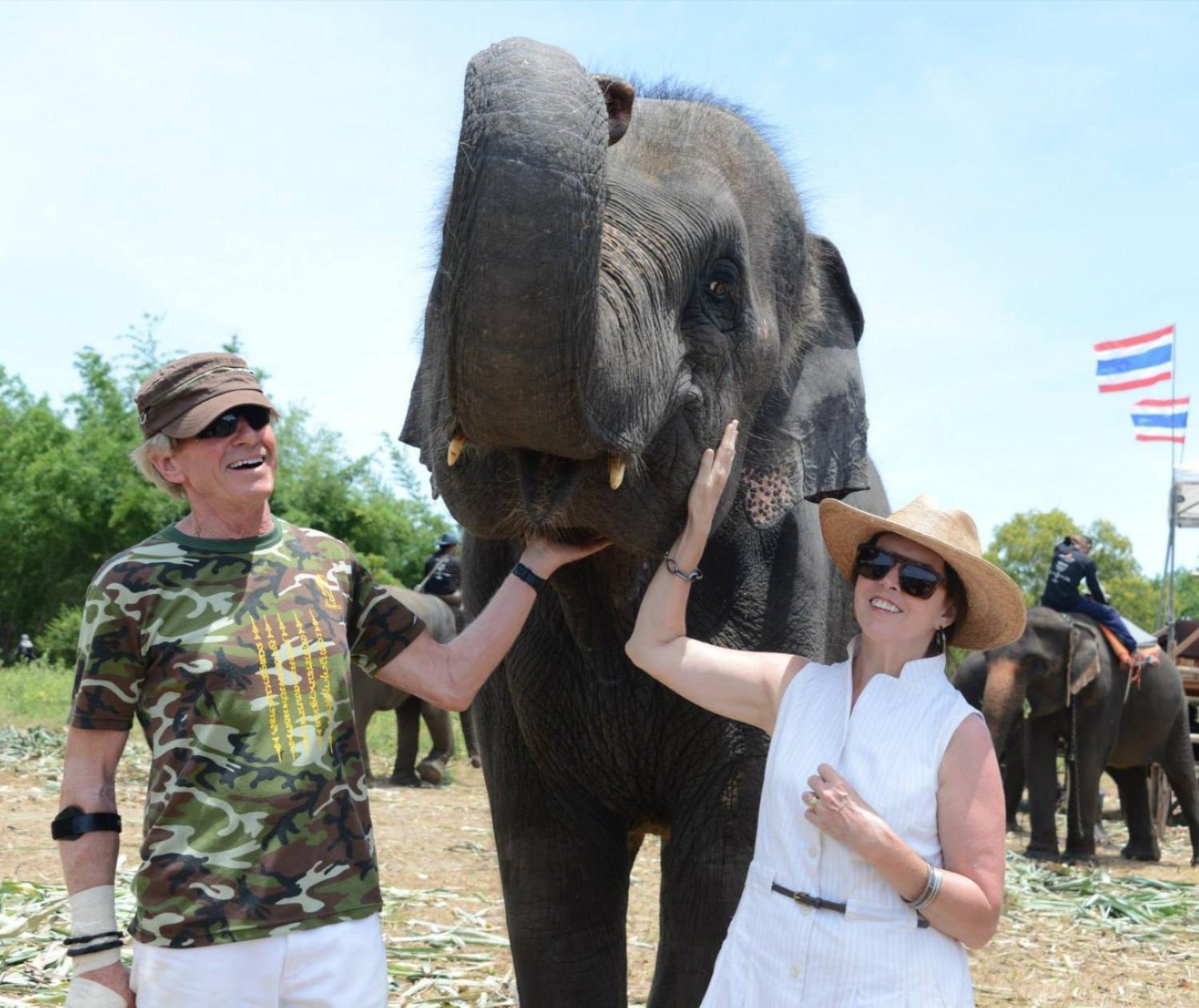 A Purchase That Means More.

Our products are from Asian elephant countries offered to fund programs for the families and their 300 elephants in Baan Ta Klang, northeast Thailand. Your support enables us to provide two native English-speaking teachers in the village as well as underwrite a portion of the veterinary services for the elephants.